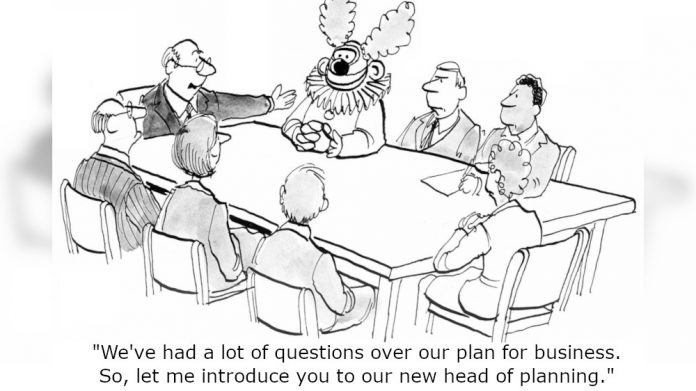 When the Federation of Small Businesses say that Labour is the party most in tune with the needs of the business community you know something has gone seriously awry.

Members of the industry waking up with the hangover of having binged on both the Labour and the Conservative party conferences may well be rubbing their heads imagining they have been in some kind of Alice in Wonderland style experience.

The only positive sign of reassurance is that they are not on their own. Far from it if the newspaper headlines and commentaries attempting to analyse exactly what Boris Johnson was trying to say in his after-dinner style ‘it’s all about me’ conference denouement are anything to go by.

Fresh from the Federation of Small Businesses – for many an organisation that’s the heartbeat of Conservative party politics – claiming that Sir Keir Starmer’s Labour Party was more in tune with the needs of the small business community than the government – the normally refrained Adam Smith Institute described Johnson’s address as “bombastic, vacuous and economically illiterate”.

Warming to his theme, Head of Research at the ASI, Matthew Lesh really put the free trade boot in arguing that Johnson’s was an agenda for levelling down to a centrally planned, high-tax, low-productivity economy.

He said: “Boris is hamstringing the labour market, raising taxes on a fragile recovery and shying away from meaningful planning reform. Shortages and rising prices simply cannot be blustered away with rhetoric about migrants. It’s reprehensible and wrong to claim that migrants make us poorer,” adding: “This dog whistle shows that this Government doesn’t care about pursuing evidence-based policies. We can both control migration and allow migrants to fill skill gaps. Boris throws out impressive-sounding economic terms like ‘pareto improvements’ to hide the fact that he lacks policies to drive growth.”

Closer to home the Conservative think tank Bright Blue warned: “The public will soon tire of Boris’s banter if the Government does not get a grip of mounting crises: price rises, tax rises, fuel shortages, labour shortages. There was nothing new in this speech.”

A respected member of the industry confided in Coinslot that he’s never been more disillusioned with party politics than he is now and he cannot be on his own. The fact is that the nation is facing the very real prospect of rising inflation coupled with negative growth. What the country is crying out for is leadership, answers and grown-up policies – where they are going to come from is another matter entirely!

Encouraging signs from IAAPA last week as the UK builds up to ACOS in less than a fortnight’s time. It seems the market is determined to get back to face-to-face meets.

Fresh from his first expo outing in 19 months, JNC’s Sam Coleman returned to the UK convinced that the four day trading event in Barcelona will give many suppliers and customers confidence going into the new year.

And boy do they need it. The government this week has made it very clear that business is on its own in clearing up the nation’s COVID deficit. Many say, Coinslot included, that much of UK plc has actually been on its own since Covid began – the government vociferously steering British business to increasing its long term debts through bank loans and deferring taxes owed only to this year. These these all have to be paid back by business from business own pocket – and a couple of government grants scattered around some markets was never a solution, just a plaster over a bleeding wound.

But, that’s politics. It’s business that needs to be done – especially with taxes likely to increase!

And ACOS is the place where the UK temperature will be tested. Barcelona was a great success for Brit-packs Electrocoin, JNC and BNAE.

Business was done, their products well received and a relatively smooth logistical trip across to Spain.

For the organisers, 8,500 people attended the show – not the best, understandably, but a nice footfall nonetheless. Covid has, seemingly, been contained – people were travelling across the continent to get to the show with any fears of contracting the virus effectively parked.

So, ACOS will be in confident mood that a steady flow from the UK industry will be making its way to its new venue in London. Hopefully to buy, but certainly to network.

And there’s a lot to talk about – all the things like transportation problems and staff shortages, those issues the government had denied existed for months and months. And apparently, now they do know, it’s all your fault! You don’t pay enough, you didn’t order early enough.

The real measure of ACOS will probably not be in the order book, EAG and ICE might have timing on their side to maximise those opportunities; although given the sheer quality on offer from the 25 or so exhibitors, deals will definitely be done.

But what the autumn outing will deliver is a much needed reconnect – the collation of the industry’s voice and a steer of what has to be done to get the industry back on track.

And that is best done face to face.