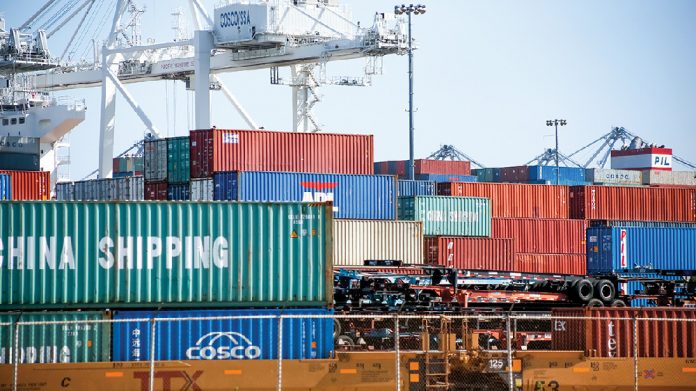 “It’s getting worse day by day,” was the immediate response from industry veteran John Stergides following receipt of the latest despatch from his favoured shipping contractor on developments in the global supply chain.

In America, the dream has turned into a nightmare at ports along the Californian west coast. And Stergides’ fear is where America leads, the rest of the world might well follow.

According to shipping giants Woodlands, it is congestion at ports that is now the new variant in the global crisis. What started out as a shortage of container ships has now developed into too many ships waiting to dock as industries have drafted in smaller cargo vessels to carry supplies.

Woodlands advised its customers: “The root of the issue seems to be the lack of larger vessels available to the market, leading to operators scrambling to put more smaller vessels on the shipping routes to cover capacity, with some even leasing or chartering the smaller ships at very high rates.” 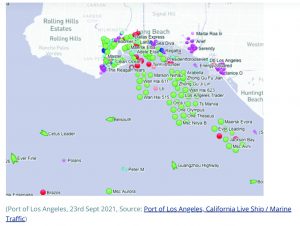 Worse still, those 70 ships carrying 35 million containers were jostling for position in the long line to berth with 210 of these smaller container ships.

What was seen as a quick solution to the shipping container crisis has now expanded the problem. “In its current state,” Woodlands explain, “it would take two weeks for the ships awaiting berth to be cleared, provided no more entered the queue. However, the flow of ships en-route to the California ports shows no signs of slowing, only exacerbating the current pressures.”

And for businesses awaiting deliveries of equipment and machines, this means more and extensive delays. “Once queued, the vessels are seeing record high wait times with an average of nine days, and in some cases almost one month.”

So, where California goes will Felixstowe and Rotterdam follow?

Stergides is worried. “From here, all we can say is that the delivery problems are worse than anyone imagined. And it would be unrealistic to imagine that this pattern of drafting in smaller ships hasn’t been replicated all around the world.”

Which makes the government’s somewhat flappy response to the haulage crisis at the weekend seem too little too late.

Stergides has been screaming this warning for months and months; and he hasn’t been alone. His colleagues in the supply chain have been echoing the concerns to the media and politicians too.

But it hasn’t resonated in government circles, until that is, Britain started to run out of bog rolls and petrol. One should never underestimate the importance of people wanting a shit on those who, up to now seemingly hadn’t given a shit.

One machine manufacturer last week told Coinslot that deliveries that used to take 12 weeks were now being quoted by haulage companies at circa 40 weeks.

Stergides showed no sign of surprise, just a knowing roll of the eyes. “In August, we were ordering machines to ship next March or April.”

And that is the kind of supply chain trend that will hurt the recovery roadmap.

At the turn of the year, we were reporting on the shortage of container ships due to Covid. That has now evolved into too many ships carrying smaller loads, leading to unprecedented queues at ports and longer unloading times once berthed. And we haven’t even touched on the shortage of HGV drivers to transport your 7 month late delivery of machines from port to warehouse.

What little blessing there was in the Woodlands update came in the shape of no mention of another price hike.

But as we all know by now, that’s just a matter of time. Inflation isn’t about to spiral without reason.