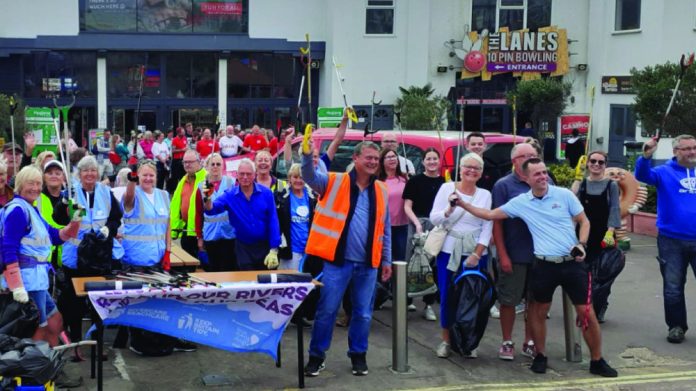 Teams from Clacton Pier and Weston-super-Mare’s Grand Pier were on hand to drive community engagement on 26 September, as staff and residents took part in the Great British Beach Clean.

Both Clacton Pier and the Grand Pier Weston played host to teams of litter picking volunteers on 26 September, as part of the Great British Beach Clean, organised by the Marine Conservation Society.

More than 30 bags of litter were collected by the Clacton volunteer group between the pier and Holland-on-Sea, as they worked together with teams in Jaywick, Frinton and Walton, while teams on Weston beach filled dozens of 100 litre bin bags.

“As a business that operates over the North Sea and the beach, we are very aware of the environmental issues involved,” said Clacton Pier director Billy Ball. “We educate people on the local sea life in our Seaquarium in an effort to raise awareness, and are happy to support beach clean initiatives such as this one.”

“It was a great effort all round.”

“There are around 40 people here in Clacton this morning with support from the pier and there are about 100 in all including the sites at Frinton and Walton,” said RiverCare and BeachCare’s programme officer for Essex and Suffolk, David Wallace.

“It is a great team effort and makes a huge difference, as well as helping to raise awareness.”

In Weston, Pier staff were on hand to drum up wide community participation, encouraging local residents to “help keep our beach looking beautiful and plastic free.”

Staff located at the pier pavilion handed out litter picking equipment to “the many incredible people” who made their way to the seafront to volunteer, joining the ranks of the pier’s own regular litter-picking group, the Weston Super Beach Clean Team.