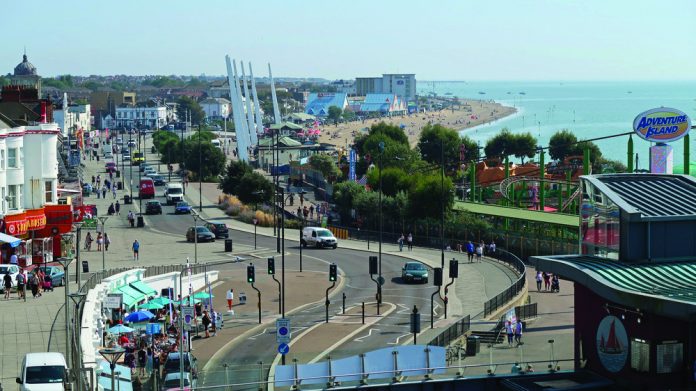 Southend Council’s decision to periodically close Marine Parade has been branded “ludicrous” by arcades operating along the seafront, who warn the measures will severely impact trade.

The owner of Electric Avenue, Monte Carlo and Stardust arcades on Southend seafront has branded the council’s decision to close Marine Parade in order to counter reckless driving as “ludicrous and disastrous.”

The experimental traffic strategy, which will be trialled sporadically over the next six months, is intended to prevent illegal car meets on the promenade, however, John Remblance warned the move will impact seafront businesses already facing difficulties.

“I am always concerned about the impact on business with this sort of thing. In July it killed business and everyone was up in arms about it,” Remblance told The Echo. “It’s ludicrous and disastrous for business and I had to send home 30 staff last time. Everywhere was empty.”

“We only had one issue in the summer and then we had more police and it was fine, it was very busy and there were no issues at all. It kills the atmosphere and visitors think they can’t come down here so go elsewhere. The problems and issues then just move to other parts of the borough.”

The new powers follow Southend’s Council’s decision in July last year to close the road from Robertos kiosk on Western Esplanade to the junction of Southchurch Avenue and Eastern Esplanade, after reports of anti-social behaviour on Marine Parade.

“This experimental road closure order will provide the council with the powers to close the road to traffic if absolutely necessary,” said deputy leader Ron Woodley. “We saw a number of high profile, dangerous incidents in the summer related to reckless driving, and we want to be in a position whereby we can take action swiftly and proactively as appropriate.”

“We carried out a trial closure in July which seemed to deter reckless driving in the area, so we have taken the decision, following discussions with local traders, to set up this 18-month order. I must stress that any closure will only be implemented when absolutely necessary, and we would ensure any closures are promoted as widely as possible.”

Despite the assurances, business owners along the seafront observed that prominent road closures deterred passing trade, and will have a significant impact on the viability of the seafront.