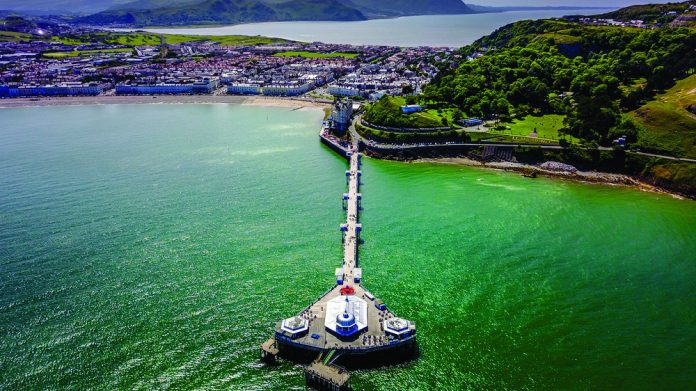 Llandudno Pier owner Adam Williams has warned of delays to essential maintenance due to government procrastination on a controversial £20m seafront development, stating the divisive apartment complex has thrown “a big spanner in the works.” The Tir Prince chief is determined to see the pier thrive and a block of flats on your doorstep is not a route to growth.

The owner of Llandudno Pier has stated that not only could a divisive £20m seafront residential development endanger the attraction’s future, but the decision by Welsh Government ministers to call the plans in is now delaying essential maintenance.

Adam Williams, who has long opposed the ten-storey, 50-apartment scheme over fears noise complaints could jeopardise the viability of the Grade II-listed landmark, stated the current lack of certainty has thrown “a big spanner in the works.”

“Now is when we would start investing and rebuilding during winter-time, but we can’t invest anything like we normally do as we won’t have security,” said Williams. “The Welsh Government has been very quiet and I hope that’s a good thing, that they’re looking at it properly.”

“But it is horrendously frustrating; as a business we can’t move on with the Pier in a way that we would like to with this cloud over our heads. We can’t go out and spend lots of money on development and maintenance without knowing that income is going to be stable in the near and far future.”

The apartment complex is the brainchild of Quay Developments Ltd and Alan Waldron, and would see construction of three storeys of parking, 20,000 sq ft of restaurant space and a further six levels of apartments on land adjacent to the pier.

Initial plans were approved by Conwy Council in 2018, however the addition and subsequent approval of controversial amendments in June of this year prompted local residents to call on the Welsh government to issue a holding request to the local authority.

“All conversations run back to whether work on the Pavilion goes ahead,” said Williams. “There is nothing worse than being closed but it could be worse to have to pay staff with less income and no furlough to fall back on, and potential court cases over noise complaints to fight – which won’t be cheap.”

“After the pandemic you just don’t know what’s round the corner. I would like to think we would hear back over the next few months, but the longer this goes on, the longer we can’t start investing.”