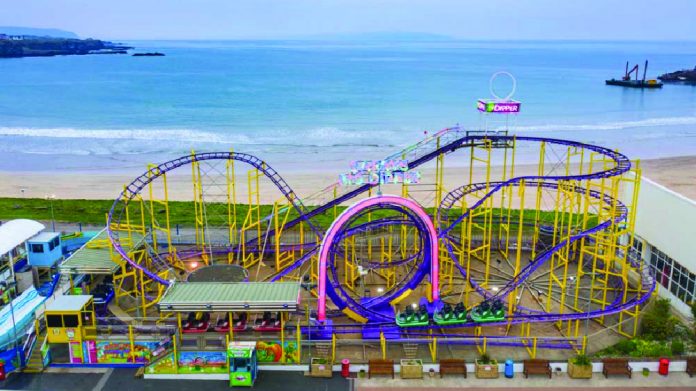 There’s life in the old dog yet as Barry’s Amusements could be reopened as a leisure and entertainment attraction, after its new owner agreed to consider leasing the 2.23 acre site to “an established entertainment and leisure operator.”

The property consultancy tasked with managing the site of Barry’s Amusements for its new owner has confirmed that plans are afoot to lease the 2.23 acre property to “an established entertainment and leisure operator.”

Belfast-based Osborne King Commercial Property Consultants revealed “a number” of submissions had been made by companies looking to operate the Portrush site in order to postpone its redevelopment as a 120-bed hotel and apartments.

“We had a private client who bought the complex recently, since then people have contacted us and have said they would consider doing something in terms of operating from the site,” Osborne King director Richard McCaig told the News Letter.

“On that basis we have been asked to try and find a tenant and that might be short, medium or long term depending on what works for them. A lot of people assumed the property would be redeveloped but my instructions are very clear.”

Stating those who have submitted expressions of interest are “established entertainment and leisure operators,” with McCaig stating “if somebody thinks they can come up with a viable solution for that we are happy to talk to them.”

“If you are wanting to come in and operate from that site for the long term there is investment that is going to be made and people are not just going to make that investment if it is only a short term solution. So we are happy to look at short, medium and long term solutions for somebody to lease the site from us.”

Responding to the news, UUP alderman Norman Hillis said “there is nothing I would like more than Barry’s operating again in the future because I really thought it would just end up as apartments.”

“I can well envisage that if someone wants to try and get planning permission for the site it could take some years to do so. But even in the short or medium term it would be a plus if Barry’s was to open again in some form.”

The 95-year old attraction was placed on the market for £2.75m in October 2019, with KFC-tycoon Michael Herbert reportedly purchasing the site in August of this year.