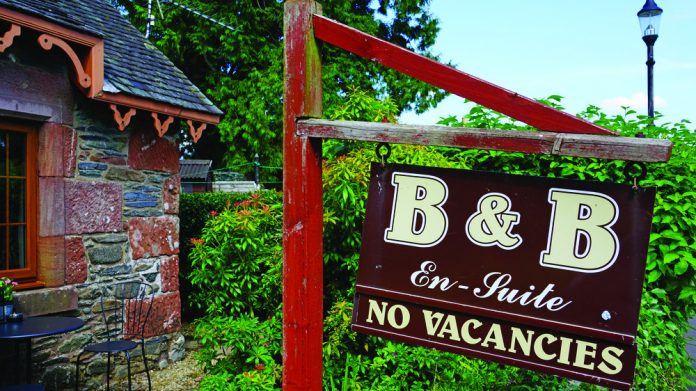 As accommodation providers across the country struggle to recoup the cost of 18 months of unprecedented disruption, holidaymakers have accused operators of falsely inflating prices.

“In response to the increasing demand, staycation prices have soared and many people feel ripped off,” reported The Express. “The cost of a staycation is often far more expensive than a European package holiday.”

“Holiday providers in the UK have been blamed for inflated prices that have left many families unable to afford a staycation.”

Quoting disgruntled social media users, the paper reprinted the complaint of Twitter user Daz Speck, who tweeted: “It’s crazy that I can book a seven nights stay in a 5* hotel in Latvia for the same price as a one night stay in a 2* in Manchester. I think they price themselves out of the market.”

Another Twitter user, going by the alias DJ Tin Tin, was reported as saying: “I am not the slightest bit interested in a staycation, a lot of these businesses are ripping the public off. £2,000 for a week in a caravan! Get us abroad.”

Unfortunately, enquiries by Coinslot have confirmed these criticisms. Having already raised the subject of extortionately high hotel prices three months ago, Coinslot returned to the hotel pricing issue once again last weekend finding a 2 night stay in a Brighton hotel on Friday and Saturday was coming in at a cool £714- £750, depending on whether you wanted the Holiday Inn or the Metropole. For those looking to scale down to more sensible charges, the rungs on the hotel ladder were barely lower – the median price exceeded £500 for two nights.

Ten nights in Crete came in at under £700 with Easyjet offering return flights for less than £120.

The UK’s staycation boom is showing no signs of bust at the moment, but at £700 a pop for two nights in a seaside hotel, that might not be the case for the punters.