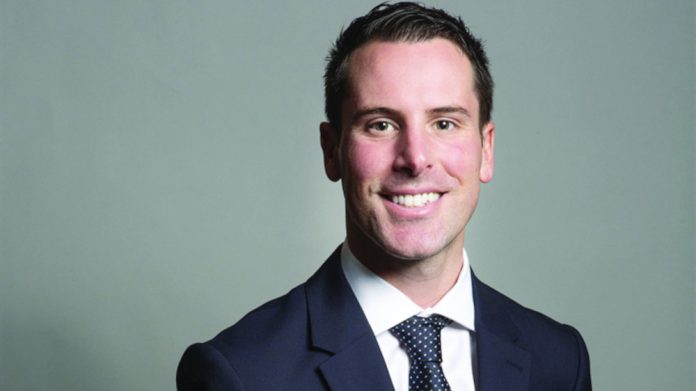 It’s time for the industry to air its views on the Gambling Commission’s regulatory powers and, more importantly, its over-reach of those powers. The All-Party Betting and Gaming Group has taken on board the ‘fears’ of those critical of the Commission and established a safe environment for complaints against the regulator to be lodged. If the numbers are sufficient, the regulator could be in for a rough ride in the gambling review.

Finally – some politicians with balls,” is how one operator described the news that the Parliamentary All-Party Betting and Gaming Group had launched an investigation into the ‘competence and effectiveness’ of the Gambling Commission. The group of politicians announced the inquiry this week offering licensed operators the opportunity to issue complaints to the APBGG in three key categories: whether the UKGC has acted ‘ultra vires’ and gone beyond the powers of a regulator; whether the Commission has breached the Regulator’s Code; and whether the Commission has provided a poor quality of service or delivered this service incompetently.

Whilst three questions pretty easy to answer around the industry, the group’s task will be to determine the degree of the Commission’s overstep; after all, in regulation, one man’s over-reach of power is another regulator’s legislatory right.

The parliamentary group has set a deadline for complaints of 31 October 2021, with an aim to submit its findings to the DCMS to help inform the department’s review of the 2005 Gambling Act.

That process gathering of complaints may be easier said than done, a point fully recognised by the all-party group in the house; it was first to recognise the fear of reprisals that had deterred many complainants coming forward in the past.

“For a number of years, industry members have come to us and complained about the activities of the Commission,” Scott Benton MP, co-chair of the Parliamentary All Party Betting & Gaming Group, said. “They have been too scared to go public with their concerns.”

And the unnamed operator talking to Coinslot this week is among that grouping, positioning himself still in the “scaredy cat” category.

But he was buoyed, and emboldened by the parliamentary moves. He told us: “This is the one and only chance we have to force an independent assessment into how our industry is being regulated. For a decade we have hammered the Commission privately and when we meet in our own environments where we have complained about their bullying tactics and hostile treatment of the industry. Now it’s time for us to show our resolve and make our concerns known to this committee.”

He added however: “I’m not looking to beat the regulator up. I do want people to recognise that this regulator has treated us unfairly, probably illegally and with contempt. But it’s no longer a regulator, it’s become a dictator that thinks it’s untouchable. And we want and need a regulator that does the job fairly for all parties and doesn’t start from the position of no to everything and that we’re always in the wrong.”

The All-Party Group is cognisant of this.

“As Co-Chairman of the All Party Betting and Gaming Group, I believe it is essential that the key player in our industry is challenged over its actions,” said APBGG co-chair Scott Benton. As a response to the fear factor, it was decided to launch a complaints process for individuals and businesses to voice their criticisms, which they had avoided to do in the past because of the power it [UKGC] holds over them’.

The APBGG is hopeful that its new process will provide a platform for operators to raise their concerns in an anonymous manner. Although complainants will initially have to declare their identities, all submissions will be anonymised in the report.

Benton continued: “They have been too scared to go public with their concerns, some even about the very legality of the Commission’s undertakings due to the Commission’s power over them. As they have no formal method of complaint apart from to the Commission itself, we feel it is our duty to provide a conduit for legitimate criticism of the regulator.”

And it has a fair idea already of the level of concerns about the Commission. Aware of the ‘numerous criticisms’ of the UKGC from industry figures, the all-party group believes that a previous investigation into the regulator’s conduct as part of reports published by the Public Accounts Committee, National Audit Office and House of Lords Select Committee on the Social and Economic Impact of the Gambling Industry in 2020 did not fully cover the full scope of allegations.

But if the industry thinks the momentum will continue without its input, it needs to think again. The project will be abandoned if the APBGG does not receive a sufficient number of complaints to inform the development and publication of a report into UKGC activity.

The All-Party group is clearly keen that will not happen; it believes there is a case to answer. As such it plans to invite the newly appointed interim chief executive of the Commission Andrew Rhodes to attend an invited industry audience meeting of the group to respond to the report in order to ‘make it possible to have the report distributed to whoever wants it’.

What insight the new man can give, barely two months into a job where institutionalised anti-industry behaviour has been endemic for decades, is probably just token PR. But the APBGG’s co-chair Scott Benton is hopeful.

He added: “We are pleased that the new interim CEO has been given the job of ‘rebooting’ the regulator, we hope that the findings of our investigation will help him and DDCMS answer some very serious concerns that the industry has. All the British gambling industry wants is a competent and effective regulator.”