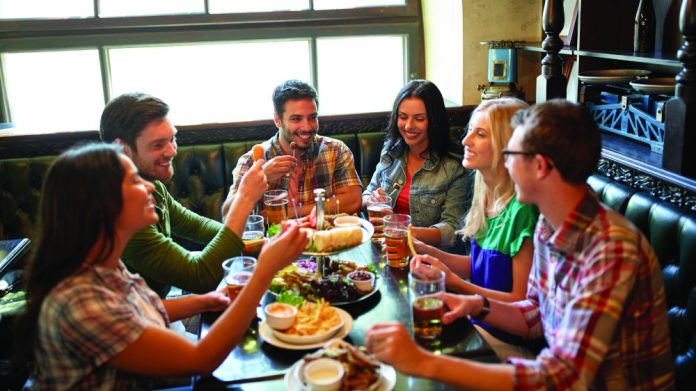 The government will start reining in the temporary reduction in VAT for the hospitality sector next week with the rate rising from 5 to 12.5 percent. And with it will come a probable rise in prices at pubs. That’s the signal from a small survey of publicans who say that they expect to increase the price of a pint and food.

Are your customers happy to pay an extra 25 pence on a pint and 40 pence on a pub meal from of their leisure budget? Well from next week, the likelihood is they won’t have a choice. It’s not the supply chain delays, staff and CO2 shortages that are heating up the inflationary spiral in the pub industry: it’s the VAT correction hike that comes into effect from October 1 when hospitality sees its short term tax reduction jump from 5 percent to 12.5 percent.

According to a poll by pub title The Morning Advertiser, 63 percent of publicans said they would have to raise their prices when the VAT rate concession starts to return back to pre-Covid levels.

More than half said the price rise they would be planning was circa 25 percent; 7 percent of the respondents were so concerned that they were considering a 50 percent increase in prices in pubs.

While one in five were ruling a hike out next week, they were still planning on a pub price increase in the coming months.

Not surprisingly, JD Wetherspoon were at the vanguard of the debate and during a financials statement they took the opportunity to warn of impending price rises to meals at their pubs. The operator signalled a 40 pence increase once the 5 percent VAT rate shifted upwards to next week.

Night-time economy advisor Sacha Lord, one of the champions of the hospitality sector over the Covid period, was in concerned mood. He told the MA: “The 5 percent VAT rate was the single biggest recovery measure for the industry over the past 18 months and has enabled venues to stay in business and staff keep their jobs.”

Recognising that increased VAT “is the quickest way to reduce cashflow”, he argued “for businesses that have little to no cash reserves as a result of the pandemic, it could be last orders. Combine this with rising inflation, the upcoming removal of furlough, the ongoing worry of re-introduced Covid measures and this week’s concerns over energy pricing, we have a tough winter ahead….I expect we’ll almost certainly see more venues close for good.”