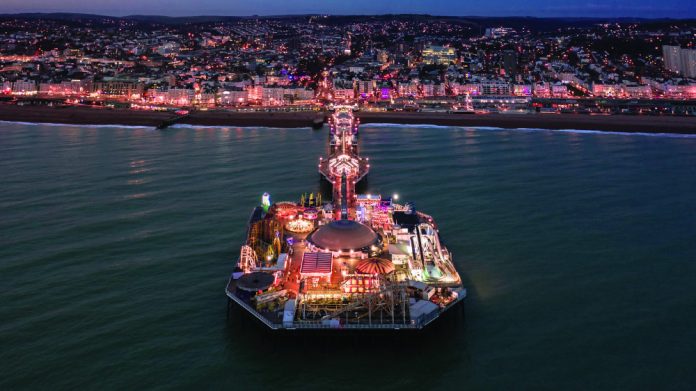 Off The Record laments the loss of John Whittingdale, predicts a bumpy Conference ride for Labour leader Sir Keir Starmer and explains why rising energy costs are a body blow to the AGC business.

Increased energy costs are another body blow to AGCs

The hike in energy costs is another kick in the nuts for the AGC sector.

Of course, we aren’t the only sector to be hit by soaring prices but we are the only one that cannot – by law – pass on any of those costs to our customers. It’s my sector of the business that once again finds itself picking up the shitty end of the stick.

FECs and destination venues such as Brighton Palace Pier or Weston Pier obviously have massive energy bills but they also have revenue streams other than gaming equipment that enable them to prevent inflationary increases coming straight off the bottom line.

AGCs are stuffed by hikes like this and I’m not sure there’s that many people out there who give a damn.

The DCMS doesn’t have a clue about how the AGC business model works and the only recourse is for smaller operators to speak with their constituency MP.

This is yet another challenge that we have to overcome after one of the worst trading years on record. I hate to think what impact this will have on businesses in the sector the majority of which are small to medium sized enterprises.

Friend of the industry, the former gambling minister Tracey Crouch, has hit out at fellow MPs saying that she was fed-up and disappointed at the number who were voting on laws while reeking of booze.

The Tory MP for Chatham and Aylesford went even further in her criticism claiming that she had witnessed inebriated parliamentarians go the wrong way through the division lobbies when under the influence. I think she’s right to be annoyed and disappointed.

They are paid to vote on important matters, matters that impact people’s lives and as a consequence that responsibility should be exercised with a clear head. After all, you couldn’t do that in any other line of work – could you? After reading this I did a bit of Google research.

Apparently, MPs spent £133,000 ordering alcohol in the tax payer subsidised bars in the Palace of Westminster despite lockdown being in operation.

There is a pronounced culture of late-night drinking sometimes resulting in the odd bar brawl. In fact, in 2012 then Labour MP Eric Joyce was fined £3,000 for headbutting a Tory MP during a parliamentary punch-up.

Surely our elected representatives should be setting an example – a bit like wearing masks in parliament!

Hospitality will feel the pain of predicted cost of living crisis

THE COST OF LIVING

Former cabinet minister David Davis, who is a bit of a free market evangelist, has warned that the country faces what he described as a ‘cost of living crisis’.

Through the pages of Coinslot I’ve been warning that the real acid test of the so called ‘recovery’ will be the winter months.

The end of furlough will result in higher unemployment, the combination of Brexit, Covid and fault lines in the supply chain has pushed up prices with inflation rocketing up.

Our customers are a mix of ordinary working people as well as those on state pensions. It’s this demographic that’s going to take the big hits and if they suffer so do, we.

One of the problems of government is that they hit you when you are most vulnerable and the impact of rising inflation and depressed leisure spend will be a toxic combination.

Like Bingo, AGCs are a community hub – but unlike Bingo I can’t see the AGC sector receiving any tax breaks to soften the blow.

Will business cross swords with the Conservative’s over tax increases?

There’s a massive debate taking place regarding whether the Tories can still be considered the party of business based on the Prime Minister’s decision to pay for his social care plan with tax increases, his now infamous call for the business community to ‘go forth and multiply’ and the Chancellor’s decision to raise Corporation Tax.

The charge against Boris Johnson is that he doesn’t understand business, and that he has never been part of the business world.

In a previous life he was a journalist and has earned his private income from writing newspaper columns and biographies.

The government’s response to the labour shortage is a no-nonsense ‘just pay them more’ which is why reports are circulating of HGV drivers getting £70k a year and chefs being enticed by competing restaurants with £15,000 signing- on fees.

Certainly, the government could easily alienate large sections of its traditional heartland. But it’s wrong to see the business world as one big community.

For example, house builders must love the government with 20 percent of donations to Tory party funds coming from the sector last year. Although Margaret Thatcher was the daughter of a Grantham Green Grocer I think the real disconnect could well be this government’s relationship with SMEs like mine and many others the length and breadth of the country.

John Whittingdale: a big loss to the industry at a crucial time

It was a great shame to learn that John Whittingdale had returned to the back benches in the cabinet reshuffle. He understands the industry and if there’s one thing that we need at this crucial time for the business is a policy maker with the requisite knowledge to make informed decisions.

The new Secretary of State, Nadine Dorries, isn’t afraid to speak her mind and famously described David Cameron and George Osborne as being ‘two arrogant posh boys who don’t know the price of milk.’ On that basis I think she would gone down well with some of my players!

Labour hawks are preparing for a conference calamity

Wednesday 29th September will be a red-letter day for Labour leader Sir Keir Starmer, aka SKS. I think his speech to close the Labour Party Conference in Brighton will either be the springboard SKS needs to reset his leadership or it will embolden his (many) opponents to launch a leadership challenge. It will have to be one hell of a speech and although he has upped his game in the House recently, he needs to replicate that form at Conference in order to silence the naysayers. With a general election possibly just 18-months away will the Labour Party hawks be prepared to bide their time and wait and see? Somehow, I doubt it.