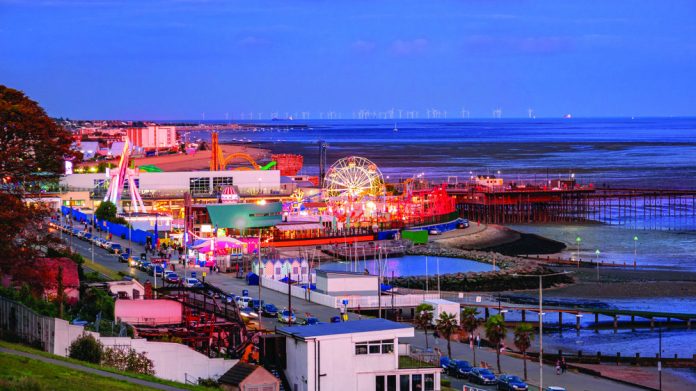 Fantasy Island, Adventure Island, Flamingo Land and Blackpool Pleasure Beach have all been named as winners in the UK Theme Park Awards 2021 during an online ceremony held on 21 September.

The parks were recognised across a range of criteria including customer service and overall experience, with each category put before both an expert panel and public vote.

“For the second year, the British public were invited to vote for their favourite theme parks in national awards recognising the best rides and attractions, shows and events, as well as the theme parks offering the best customer service and value,” said a ThemeParksUK.com spokesperson.

“The public votes have now been combined with those of our Expert Judges to determine the winners in each category.”

As one now expects, Blackpool Pleasure Beach was among the big winners on the night, lifting seven awards. Its gold standard is value at the theme, and that was the colour of its award for the Best Value Theme Park in the UK. It also picked up four silvers and a bronze – with the park’s coasters Grand National and The Big One taking honours in the Best Classic Coasters category.

Each award was competed over by ten nominees, with the final decisions made by both public vote and expert opinion, with a panel including BALPPA CEO Paul Kelly, chair of the Roller Coaster Club of Great Britain Andy Hine, and Rachel Read, director and co-founder of Blooloop.

More than 176,000 public votes were combined with the judge’s scores in order to determine the winners in each of the 21 categories, from Theme Park of the Year to Best Value. The biggest winners on the night were Alton Towers, which took home 15 awards and Paultons Park, which received nine awards.