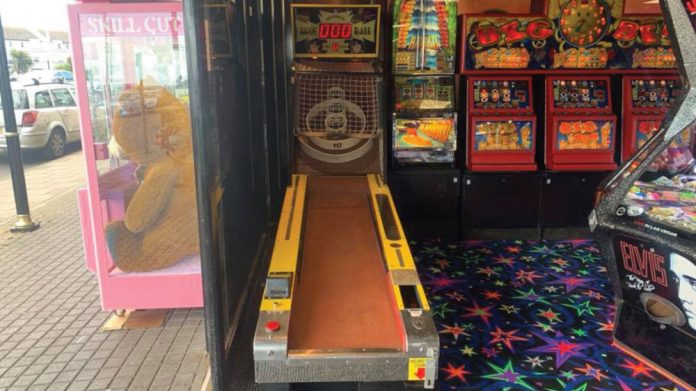 The industry’s move towards redemption has saved many operators from ruin over the last two decades, but those that have stayed faithful to the classic fruit machine are now swimming upstream.

It’s the same in any sector; pubs that don’t go gastro, campsites that don’t get ‘glamping’, piers that don’t diversify. If operators decide not to go with the mainstream flow, they often end up swimming upstream. No business exists in a vacuum, and so none are immune to the movements of their wider industry.

Of course, being different can have its benefits. Mr P’s Classic Amusements FEC in Bognor has been incredibly popular since it began providing that genuine ‘old school cool’ vibe for faithful fans of olde worlde amusements. It’s not just an arcade that satisfies family members of all ages, but a living museum of lost wonders that teleports amusement fanatics back to the golden generation of seaside sensations. But at the same time, the operator can’t expect not to be affected by the modern politics that gambling regulation has become.

In its latest Weekly Waffle, Mr P’s hit out at industry bodies for their part in pushing the industry towards redemption and away from fruit machines – the most obvious example being the requirement to have Cat D fruit machines banned for those under the age of 18. “With Bacta pushing incredibly hard to ensure high stake and low RTP ticket machines are enshrined and fruit machines are pushed out, we have some mega tough choices to make,” wrote the operator, without entirely revealing the nature of these impending decisions.

For many, the choice to move to redemption was an easy one. At the end of the day, FECs are a business as much as a lifestyle for operators; employees have ever-higher wages, the bills go up every year, and the government is never scared to ask for more money from what is considered a ‘gambling’ business. The industry’s shift to redemption has provided the income to keep up with these inflating costs, and while there is room for a few Mr P’s in the industry, it would have shrank drastically if every operator had stuck with the classics.

For trade association’s such as Bacta, the welfare of the vast majority of its members will always take precedence over the preferences of the few. Observing, adapting, and evolving is what keeps industries alive, and while stakeholders no doubt appreciate the old school faithfuls such as Mr P’s, the world won’t stop turning for anyone.

The cost of being classic is high; repairs become more expensive, regulations run the wrong way, and the sharing of best practices becomes a lonely endeavour. The payout, however, is to have an FEC that is lost in time – and Mr P’s will be the first to admit that the reward is a full heart, rather than an especially heavy cashbox. And in Mr P’s case, a massively loyal and dedicated customer base.