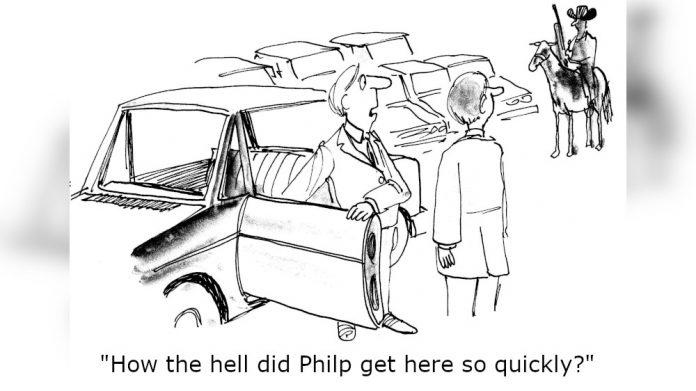 All eyes on ICE

The world’s most successful gaming exhibition takes place on our shores – so let’s use it to lobby politicians.

In this week’s edition of Coinslot, Alex Pratt, who heads-up the Gaming Portfolio at Clarion Events, provides a window on his aspirations for ICE London ahead of the world’s biggest business-to-business gaming show opening its doors to the international industry in February 2022.

ICE grew out of ATEI a show that had been supported and attended by generations of the industry since it was launched shortly before the second world war.

Now the world’s most comprehensive exhibition dedicated to all sectors of the gambling industry, ICE London is a Great British success story attracting gaming professionals from literally every corner of the world.

It also serves as a forum for the world’s gaming regulators who are hosted at ICE each year. ICE is one of only two annual exhibitions to fill the ExCel a feature that has brought comparisons with a big global city made up of numerous different neighbourhoods offering places of interest for everyone that’s involved in the industry to meet and be inspired.

That opportunity is also available to our politicians and policy makers. What better opportunity for the new Secretary of State, Nadine Dorries, to get up to speed with the industry in preparation for what many observers are predicting will be the most important review of gambling in living memory?

We are fortunate to have the world’s leading show on our shores so let’s use it to maximum advantage which means hosting politicians and policy makers, addressing their concerns, confirming the industry’s commitments to social responsibility and explaining our vision for the delivery of safe gambling entertainment.

What a way to start your new job. There wasn’t even enough time to officially announce Chris Philp’s appointment as gambling minister, he had to line up a response to the independent Football Index inquiry and declare his arrival with a stick to beat the parties involved. Philp has hit the gambling road running.

It was a whirlwind start to his new role as gambling minister as Chris Philp effectively walked through the doors at DCMS, was handed his ministerial red box and exited to the press briefing room to dish out a reprimand to the Gambling Commission, the Financial Conduct Authority, and reassure the public that things are going to change.

Well, they’re not for him. This was just a gentle warm welcome to the gambling portfolio; Philp ‘just ain’t seen nothin; yet’.

The Croydon South MP has landed a key role; not everyday a political job comes along that enables you to shape the sector in your charge for the next two decades.

But that’s what the new gambling minister has been handed. Part poisoned chalice – no one is going to be happy with his decision; part revolutionary change for one of the key sectors in the economy – one that has to balance innovation and social responsibility.

At one end of the spectrum, nothing he does other than repress the gambling industry will appease the anti-gambling groups. In the middle, there’s the industry itself which will implode if he adds nothing to the shopping trolley, and that will not look good for the economy. And at the freewheelin’ end of his own party, he has the libertarians who think bureaucracy, red tape and wokery are strangling our institutions.

In truth, Philp is getting on board the gambling review train a long way into the journey, so he will be led by the DCMS ‘experts’ in the review process.

But it’s his project now and he will be taking in the vista – the first of which was the Football Index inquiry which was not a good look for regulation.

He will also be acutely aware of the All-Party Betting and Gaming Group’s moves to investigate the competence and fairness of the Gambling Commission. They announced their discontent and, almost distrust in the regulator this week, standing up for those in the industry too ‘scared’ to challenge the all-mighty Commission. Not a wholly unreasonable position; it does, after all, have powers beyond those of virtually every government entrusted authority. It’s a surprise noone in political circles has questioned whether the Commission is fit for purpose already.

And then there’s the well-oiled machinery of the antigambling lobby. Great at getting column inches and a profile the envy of most politicians. But it’s not too hot on evidence and facts.

Philp will learn very quickly that emotion drives much of the narrative in the gambling review debate. And he will soak that up because the anti-gambling groups will waterboard that message through to the new minister.

Which is all fine – the industry backs many of the initiatives and ideas emanating from various groups such as YGAM.

But, and it’s the but that will determine Philp’s courage and judgement: there are facts and evidence at hand. And they favour a far more balanced approach.

If there was one statistic Mr Philp needs to remember everytime he hears or takes a campaigning call: problem gambling levels are at their lowest level in the UK for a decade. At 0.4 per cent of active gamblers, the figure is one of the lowest in the world and falling according to the Gambling Commission’s latest telephone survey – the one they never want to publicise [unless the dial moves in the opposite direction.]

It’s a fact that serves to balance the emotive rhetoric with the evidence. And that’s what a review is about, surely?

There is a golden opportunity for the industry to voice its views on the practices of the Gambling Commission without fear of reprisals.

There has never been a better opportunity to set the record straight – from either a personal perspective or a broader industry one – on the workings and behaviour of the Gambling Commission.

The All-Party Betting and Gaming Group have started procedures for an investigation into the regulator’s competence and effectiveness. And it’s reaching out to every one of you: if you’ve been bullied by the regulator, if they’ve failed to act swiftly for you, if they’ve acted heavy handedly, pettily, unnecessarily – the APBGG want to hear from you.

They know many of you are ‘scared of reprisals’ which is why they’re offering anonymity.

And they know there are criticisms that the Commission must own up to and act on.

This is a one-off chance to help fashion your regulator for the next few decades – you mustn’t let it slip by.

The APBGG will close the investigation if they do not receive sufficient complaints. If they do receive plenty, it will go into the gambling review process and the industry will have a parliamentary group fighting its corner.

There are so many complaints out there, but if you fail to act and voice your opinion and share your experiences – you will get the regulator you deserve.

And is so many ways, you don’t deserve the current one.