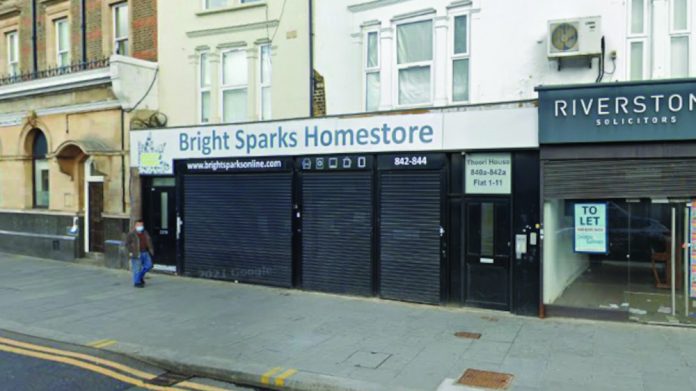 The face of local licensing procedures turned a little ugly in July when Chongie Entertainment’s application for an AGC on Leyton High Street was turned down by Waltham Forest Council. It was an unexpected outcome, in even more unexpected circumstances. More on the manoeuvrings and spurious dealings that led to the council rejection have now come to light – and it’s not a good look for local democracy.

Much in keeping with the trendy, lazy narrative, there’s always a bad boy involved in gambling venue applications. But, as is often the case in these affairs, it’s actually not the gambling party on the wrong side of the story. Chongie Entertainment has submitted its appeal against the decision of Waltham Forest Council to reject its licence application. Standard fair for the legal team co-ordinating the next round of this saga; Chongie will re-iterate that its application was consistent with the licensing objectives, that the council did not follow the Gambling Act directive of S153 to “aim to permit”, and that the decision was against the weight of evidence to grant the licence.

It’s a decision that has cost Chongie dear: the delay, according to operator’s representatives, is a result of “the statutory test being misapplied and this then delays the legitimate operation of premises where leases and planning permission have been secured.”

In normal speak, that’s a lot of outgoings and spending, and no revenue to work from as yet.

But it’s a decision that could cost the council even more. In a recent case, again in London, one council refused an AGC licence application only to cave in on the appeal a week before the hearing after receiving advice from a gambling specialist QC. Last week, law firm Woods Whur – who also represent Chongie – brought an appeal before Stratford Magistrates Court, and Tower Hamlets, who rejected the application, were forced to pay £20,000 in costs.

If only that was the story in the Chongie case. It may well be: the appeal is in the system, and one must say, precedents favour the AGC operator – which is highly aspirational and a key player in its other communities. But, the background to the Waltham Forest Council decision is where the Chongie licence application found its fate – a seemingly well-coordinated anti-gambling campaign which continues to rumble on.

A spokesperson for legal advisor Woods Whur spoke to Coinslot about the current position. “There is growing concern amongst a number of operators, and their respective legal advisors, that some AGC applications are not being given a fair hearing,” he explained. “There have been a number of recent licence application refusals based not on the regulation of the Gambling Act 2005, but more on a general dislike and total misunderstanding of how an AGC operates.”

And where this approach falls down, in licence application legalities at least, is that the Gambling Act of 2005 is, in general terms, a permissive piece of legislation. If a council has concerns, it has the right to slap conditions on the applicant; in Chongie’s case, the condition was the ultimate one: not to grant the licence at all.

So, how did we get here? Back in July, at Chongie and its licence application team – Paddy Whur, of respected law firm Woods Whur, and industry veteran Byron Evans – it was normal practice – completing the forms, data, back up materials and off to the council meeting.

In the council meeting rooms, it was somewhat different.

Woods Whur take up the story of real-life drama in an AGC licensing application. It was no a good start, as they explained. “The applicant’s team were refused entry into the Committee Room prior to the Hearing beginning. On entry to the room they then found that the police, a number of objectors and the Councillors had all been in a meeting together for at least 30 minutes.

“Despite having made no representation to the application, the police had turned up in order to object. Mr Whur reminded the Chairwomen that this was not allowed. When the Chairwoman reluctantly agreed that the police could not speak, she subsequently allowed them to feed information to one of the objectors.

“The Council allowed numerous pieces of “evidence” to be introduced during the meeting even though it had not been disclosed in advance of the meeting. They also allowed two local Councillors to speak to the Committee, one of whom spoke for 10 minutes on the evils of allowing children to gamble, despite them having not submitted any representation. Neither of these things should have been allowed by the Chairwoman.”

It’s a frenetic and somewhat grubby tale of local intrigue which has opened the door to so many challenges, it’s difficult to know where to start.

Chongie’s legal team, however, have started that process; they have submitted a number of Freedom of Information requests to Waltham Forest Council in the belief that there may have been email exchanges between members of the licensing committee, possible collusion and that the refusal may well have been agreed prior to the Hearing.

An experience that will normally dishearten the spirits of any applicant, but Chongie are in for the long haul. They want the venue, they want to operate, they want to deliver entertainment and footfall to Leyton High Street and they want to bring employment opportunities to the local community.

It’s now down to the law to decide which party is adhering to the rules of the Gambling Act 2005.