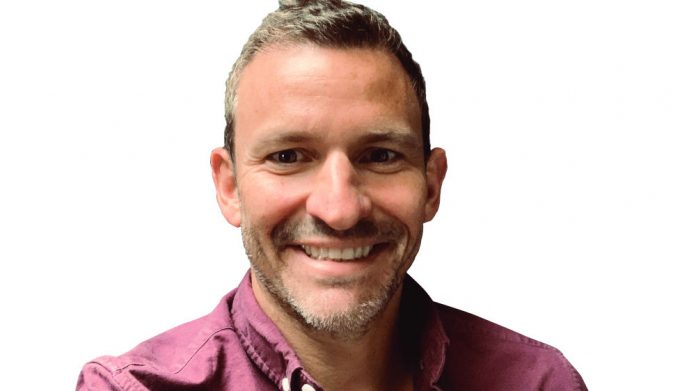 Alex Pratt, Group Managing Director at Clarion Gaming, heralds the return of the world’s most comprehensive business-to-business gaming exhibition, underlines why London is the most popular host city, explains how he believes ICE can serve as a shop window on the industry and issues an open invitation to Coinslot readers to let him know what they would like to see on the ICE show floor.

How important is it to have a London venue for ICE – is this something the industry wants?

Alex Pratt: This is a very important point and one that we sense checked with ICE stakeholders this summer when we appointed Explori, a professional market research agency, to ask exactly that – how important is it to have ICE in London? 75 percent of respondents, the majority of whom were based on the Continent of Europe, said that London was the best host city and just 10 percent said it wasn’t – the remainder were either undecided or didn’t answer the question. The reasons given for wanting to remain in London weren’t based on tradition or history – although I appreciate that ICE and before that ATEI has only once been held outside London and that was for a single year in Birmingham – rather it was for business and logistical reasons such as ease of travel, convenience for international visitors/ exhibitors and the ability to attract the right mix of customers and suppliers. Among the 10 percent of respondents who felt that London did not constitute the best host city, the most frequently cited reason surrounded the impact of Brexit, in particular concerns regarding regulations and export considerations. Over half of this group (51 percent) expressed a preference for Amsterdam as a potential alternative host. Ultimately, my job is to provide ICE customers – both visitors and exhibitors – with the venues and solutions that they want and for the moment at least both the land-based and the online sectors of the ICE customer base want to remain in London.

ICE London is a big international show – is it still relevant to the UK street market and if so in what ways?

Alex Pratt: Over 50 percent of the floor space at ICE London 2021 will be occupied by brands whose main sector is land-based gaming. I believe the strengths of ICE London are in its size – it’s physically the biggest in the world and one of only two annual shows to occupy all of ExCeL; it’s the most international gaming event in the world – 155 nations were represented in 2020 – and it covers every gaming vertical with a significant representation from the street market. I like to compare ICE with a big global city made up of numerous different neighbourhoods offering places of interest for everyone that’s involved in the gambling industry to meet, network and to be inspired. It was Nick Harding who described ICE as a $billion dollars’ worth of thinking all under one roof and I think he’s right in that analysis – it also happens to be in London, which is perfect for the UK industry.

How does the market view ICE – who attends?

Alex Pratt: For the reasons that I’ve outlined, ICE London is a perfect event at which to see the entire global industry in one place and that unique characteristic is reflected in the breadth of the visitor base which stretches from Argentina to Australia and Macau to Malta. I appreciate it’s a bit of a cliché – but ICE exists for everyone who is involved in every aspect of the gambling industry supply chain from games creators, to distributors, operators, retailers, trade associations, strategic bodies and regulators. The ICE database really is an A-Z of international gambling. In terms of how ICE London is viewed I believe for most people it’s one of those dates that they make a huge effort not to miss. Having skipped a year – which is the first time that ICE/ATEI hasn’t been held since the 2nd World War – I believe the appetite to be part of a live event is more pronounced than ever. The next 12-months represent a really important period for everyone who is involved in UK gambling or holds a UK Gambling Licence, as such I anticipate a really sharp focus on what is gambling’s flag ship event.

Your background is in online gaming how do you make sure ICE remains relevant to the land-based sector?

Alex Pratt: I’ve been attending ICE London for close to two decades and way before my business was sold to Clarion I was captivated by the ICE experience. The key for me is the blend of online and land-based: one without the other simply doesn’t carry the same appeal and as we discussed earlier more than 50 percent of the floor space is taken by blue chip brands that are predominantly suppliers into and operators in the land-based sector of the industry. I’m just a custodian of the brand and the people that own it are the people who make the decision to exhibit at ICE London and those that visit. Without that support ultimately ICE wouldn’t exist. The team at Clarion Gaming has to be tuned in to the needs, requirements and aspirations of the industry and the success of ICE has been built on delivering what the market wants – that will never change. What was the thinking behind the appointment of Simon Thomas as an ICE Ambassador – what role will Ambassadors play in the development of ICE?

Alex Pratt: Simon is the first of a number of ICE Ambassadors who will serve in an honorary capacity helping us to continue to develop the event in a way that meets the needs of the business. I want our Ambassadors to contribute ideas but also to be very honest with us and tell us when we do things that aren’t quite right. I was delighted when Simon accepted our invitation. He has held senior positions within the industry, including as a former National President of bacta, he was the vision behind the London Hippodrome Casino and has created a landmark destination entertainment venue in London’s West End. His family’s history in the amusements and gaming industry means that he grew-up attending ATEI and is immersed in the industry. Simon is an ideal ambassador for ICE London and he will be part of an ambassadorial team which will be drawn from across the gaming landscape ensuring that we have a varied mix of individuals, roles and experience who can sense-check our strategy and provide the broadest possible industry feedback.

Do you think ICE can play a role in helping to inform policy makers and politicians in what is a crucial year for UK gambling regulation?

Alex Pratt: 100 percent – and I want to do everything that we can to help present the industry in the best possible way to regulators, politicians and policy makers. Demonstrating the industry’s commitment to social responsibility and safer gambling are key and we will be making an important announcement in the next fortnight regarding an initiative that’s being supported by Clarion Gaming. We will also have the Consumer Protection Zone at show and we are happy to provide facilities and support to host politicians from either Westminster or Brussels. If any Coinslot reader wants to discuss ways in which we can use ICE London please contact me on alex.pratt@clarionevents. com

Do you think some members of the UK industry perhaps don’t feel part of the ICE experience and if so, what would you say to them?

Alex Pratt: In so many ways ICE/ATEI is a wonderful Great British success story. The brand was created and nurtured on these shores and attracts such a large number of visitors to London every year. Clearly ICE has experienced phenomenal year-on-year growth and as I referenced earlier, alongside World Travel Market it is the only annual show that takes over all of ExCeL. Growth of this magnitude can come at a cost and I would be upset if members of the domestic industry feel that ICE London isn’t right for them. From a product perspective every major manufacturer for the street sector is represented on the ICE show floor. Added to this we have features including the Bingo Pavilion which is dominated by UK exhibitors. I’m really interested to hear what Coinslot readers would like to see at ICE London and I will do my best to act on the feedback.