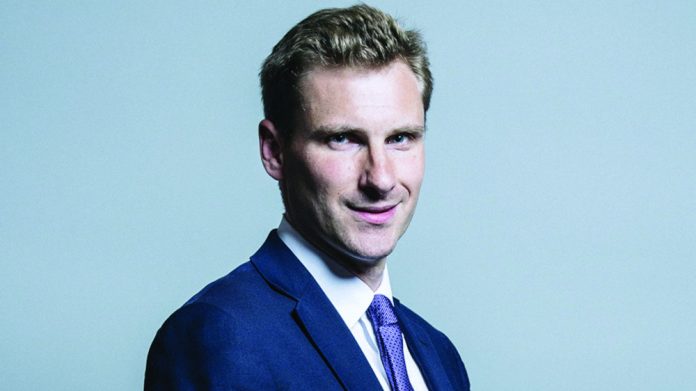 No sooner had he been given his red box, when Chris Philp opened it and found an inquiry report that hammered the Gambling Commission. His task, should he choose to accept it, was to deliver the critical blow and advise that things will change. What a day to start your new job. And what a year to do so as well; Philp’s primary role above all now is to oversee the gambling review.

Chris Philp certainly knows how to make an impact during the first hours of his appointment as the new gambling minister. The 45-year old MP for Croydon South had barely made the move into the DCMS when he was charged with the duties of marshalling the sweep up of the mess created by the demise of Football Index, and with it admonishing the Gambling Commission and the FCA for their failures in the debacle.

It was both the lowest key introduction and highest to the industry which was scuttling around on Wednesday afternoon trying to fathom whether he was indeed the new gambling minister as referenced in the Football Index investigation’s official statement.

He is. And with it the seventh to assume the office in three years.

Philp’s portfolio has yet to be finalised, but one certainty confirmed by the DCMS is his charge to oversee the gambling review, taking over from John Whittingdale who was moved out in last week’s cabinet reshuffle.

An MP for six years now, Philp moved into the ministerial ranks quickly holding junior roles at the Home Office and Ministry of Justice, as well as serving as Minister for London at the Ministry of Housing, Communities and Local Government.

There were warm greetings from around the industry with John White saying: “Bacta is pleased to hear the appointment of Chris Philp to the role of Gambling Minister, confirmed yesterday. It is a crucial time for the industry in the run up to the Gambling Act review and we look forward to working with the Minister, who was also last week appointed Parliamentary Under Secretary of State at the Department for DCMS. It is a relief to receive confirmation of this vital role, which will give us all the stability to move forward.”

Philp’s engagement with the gambling industry has been limited to campaigning for stricter regulations on FOBTs, writing for one think tank that the machines damaged “the lives of people, our economic prosperity and the fabric of our communities.”

He will, however, find the gambling community somewhat different to the one he argued against three years ago. The BGC is a different beast to those dark days, and they were quick to welcome, and praise, the newboy.

Betting and Gaming Council chief executive Michael Dugher stated: “He comes to the brief with an excellent reputation as a talented and extremely capable minister. We have made excellent progress working towards the gambling review white paper and we’re sure the government will not wish to lose momentum.”

That talent will put to the test in the coming months as the frenzied PR machines whir back into action in an effort to schmooze the new but very important minister. For a job that averages five months per incumbent since 2018, it’s currently a landmark posting where the future of the British gaming and gambling sector – a key component to the revival of the British high street – is at stake.

No pressure there then.