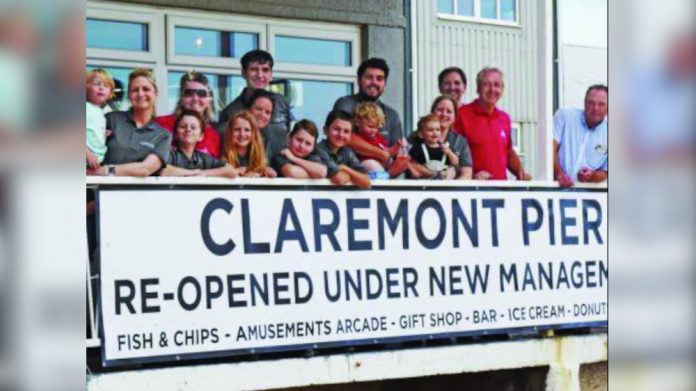 The latest entertainment opening from Claremont Pier has revealed a high demand for quality nightlife in Lowestoft, with the attraction’s new owners stating “we have been very surprised how busy we have been already.”

The new owners of Claremont Pier are considering plans to expand the opening hours of the attraction’s recently-relaunched nightclub, after a fortnight’s trading revealed “there is a market there for nightlife.”

Formerly a 900-capacity music venue named Aquarium, the club was renovated by the Mayne, Manning and Llewelyn families this summer, before welcoming its first customers as The Venue during the August bank holiday.

“When we bought the pier we had no plans to open a nightclub, and it had been shut for a long time by then, but the feedback we were getting from customers was encouraging and we thought we would give it a go,” pier co-director Ben Llewellyn told the Lowestoft Journal.

“We might have only been open two Saturdays now but we have been very surprised how busy we have been already. We do get a vibe that there is a market there for nightlife.”

The Venue, which has a current capacity limit of between 300 and 350 people, features DJ sets on the terrace each Saturday evening from 6pm, aiming to offer “a pub to club kind of vibe” with RnB, chilled house and dance played inside until the early hours of the morning.

“At the moment we are trying to make it sustainable, build it up and get Saturdays running smoothly and then we will think about Friday nights, maybe towards the end of November or start of December,” said Llewellyn.

“It has only been two years but you forget what it is like to be in a nightclub. It is surreal and it feels so good to be back.”

The reopening of The Venue marks the latest phase of the three families’ extensive investment plans, which have seen a sports bar, newly-extended arcade, ice cream parlour and rooftop terrace all opened since their purchase of the pier in July last year.

The developments have also inspired greater confidence among fellow tourism and hospitality businesses around Lowestoft.

“When you see the investment in the East Point Pavilion and what the team at the Claremont Pier have done, you can tell people are excited again,” said Harbour Inn operations manager Adam Vass. “I really think the potential for this part of the town is great and it is freshening up the town.”