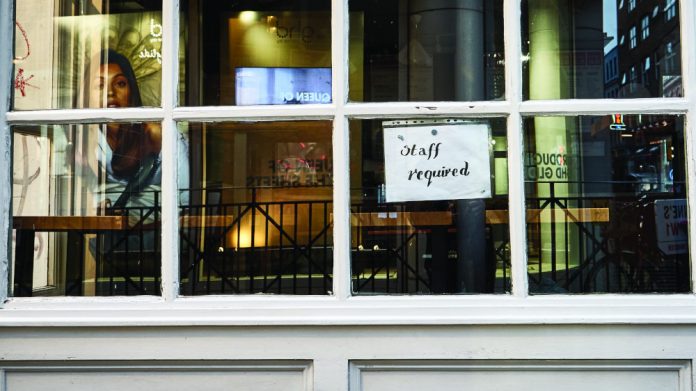 Switching the economy on over the summer has created a spike in demand for staff but labour shortages are more than just a short-term problem as businesses compete for the same candidates.

The UK economic recovery is being hampered by a reduction in the number of candidates which is dropping at a record pace, according to the findings of the latest latest KPMG and Recruitment and Employment Confederation (REC) report on jobs.

Underscoring the improved employment outlook was a further rapid increase in overall vacancies during August. Vacancies expanded at a rate that was only slightly below July’s all-time record, as demand for both permanent and temporary staff remained robust.

Candidate supply worsened to the greatest extent on record midway through the third quarter. The declines were widely associated with a reluctance among employees to switch roles due to the pandemic, fewer EU workers, furloughed staff and skill shortages.

Neil Carberry, Chief Executive of the REC, said: “Switching the entire economy on over the summer has created a unique demand spike, and a short-term crisis.

“But it would be a mistake for businesses to think of this as only a short-term issue. A number of factors mean that the UK labour market will remain tight for several years to come. But government also must prioritise alleviating the immediate crisis – we’d like to see a joint forum where government departments and business can collaborate to tackle worker and skills shortages.”

Claire Warnes, Head of Education, Skills and Productivity at KPMG UK, added: “Candidate shortages continue to plague businesses, who are all recruiting from the same pool of talent and struggling to fill gaps.

“This crisis isn’t going away, and the winding down of the furlough scheme at the end of September – while potentially bringing more job hunters to the market – could also add fuel to the labour shortage fire. Many businesses will have changed their business model during the pandemic, and so significant numbers of staff returning from furlough may need reskilling to rejoin the workforce in the same or another sector.”