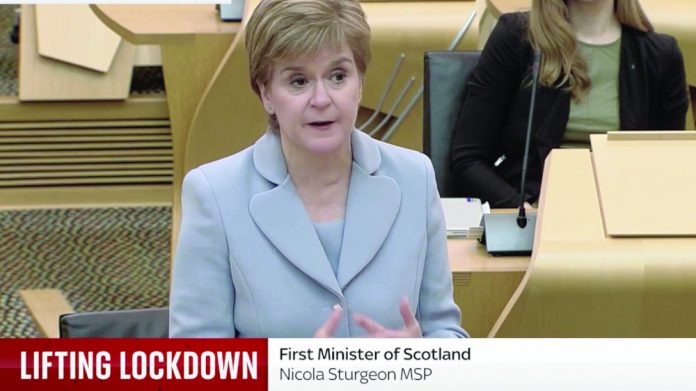 Scotland has ploughed ahead with Covid passports despite cross-party criticism and concerns from the hospitality sector, but will they follow English U-turn?

UKHospitality Scotland has responded with dismay to the decision taken by SNP and Green MSPs who voted to make vaccine passports mandatory for entry to nightclubs and larger events from October 1st.

Reacting to the decision taken in the Scottish Parliament UKHospitality Scotland Executive Director Leon Thompson said: “The result, whilst expected, is still extremely disappointing. The Scottish Government has not listened and now our businesses face just three weeks in which to prepare for a policy that will put further economic and resourcing pressures on them.

“The Scottish Government has not consulted with hospitality it has not produced any credible plans for the introduction of passports and it has not even defined what a nightclub is. This leaves many businesses fearful that they will fall within scope of this legislation and concerned about the open-ended costs they might now face.”

“UKHospitality Scotland will continue to push for solutions to ensure the worst effects of this policy are mitigated, so our members can continue to work towards recovery.”

Pressure mounted for a rethink on the policy after health minister Sajid Javid confirmed a U-turn on similar proposals in England. Scottish Liberal Democrat leader Alex Cole-Hamilton, MSP, welcomed the decision and called for Scotland to follow suit. Scottish Conservative leader Douglas Ross accused the SNP of not considering alternatives to vaccine passports. He told the Scotsman newspaper: “The SNP bulldozed their scheme through Holyrood without any thought for the livelihoods it would affect. It was rushed, riddled with holes and no thought was given to how businesses would be impacted. The SNP should reflect on their half-baked plans that only passed in Holyrood with the votes of SNP and Green politicians.”

First Minister Nicola Sturgeon underplayed the economic impact of the passport scheme saying that it was limited in its scope, similar to the plans developed for use south of the border and part of an overall package of measures.

Vaccine passports could be enforced within a week

They might have slipped off the government’s agenda in the face of industry opposition and a potential back bench Tory revolt, but vaccine passports could be at an indoor venue close to you within a week.

The farrago surrounding the much-maligned Vaccine Passport continues, with the proposal removed from the government’s immediate agenda but retained as part of its reserve powers if the NHS is overwhelmed over the troublesome autumn and winter months.

Ominously for the industry, which has been unanimous in its opposition both on practical and ethical grounds, the government has said that the passport scheme could be imposed with just a week’s notice under any crisis plan.

Under Plan B they would be introduced for all large venues both indoor and outdoor. The criterion set out by the government has confirmed that they would be required for entry to all nightclubs irrespective of capacity, indoor venues with 500 or more people, outdoor settings with more than 4,000 people and all settings with more than 10,000. Businesses would be given as little as one week’s notice based on the need to respond at pace to any significant increase in infections.

Announcing the measures Boris Johnson said that vaccine passports would be an important part of the government’s repertoire and that they would have been an important weapon last year enabling hospitality businesses to have remained open. Downing Street sees a National Lockdown as a last resort although it has not been ruled out altogether.