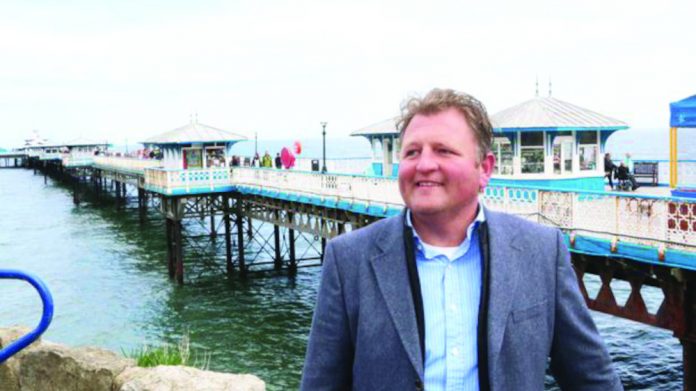 The owner of Llandudno Pier has backed calls from the Union of Shop, Distributive and Allied Workers to introduce a new law across Wales protecting hospitality workers from abuse.

The legislation, similar to that already enforced in Scotland, would see those guilty of assaulting or threatening staff given penalties ranging from a fine to a prison sentence.

“I think the vast majority of people are perfectly fine but you always remember the tiny percentage that aren’t,” Adam Williams told the Daily Post. “No one should be abused for the job they do no matter what they do, my staff work hard enough as it is, especially this summer, and should be treated with respect at all times.”

“I’d be in support of such a new law but the problem would be enforcing it. These days people seem to expect things to be done immediately, they seem to have forgotten their manners.”

The call comes as hospitality staff across the country increasingly bear the brunt of abusive customers, particularly those resistant to government- enforced Covid regulation.

In July, Llandudno Pier manager Simon Mason was forced to make a public statement condemning the “abusive and unacceptable” behaviour shown by customers toward staff.

“It has saddened and shocked me the way my team have been treated by some of our customers,” said Mason. “Word of advice – don’t ‘scream and shout’ at my team, ask for the manager.”

Though Welsh lawmakers are unable to introduce legislation independently of Westminster, a spokesperson for the Welsh Government noted “any abuse directed at staff who are doing their job and helping to keep customers safe is completely unacceptable.”

“We support Usdaw’s call for greater protections for shop workers, and with criminal justice currently reserved to the UK Government, we urge them to bring forward the necessary legislation.”