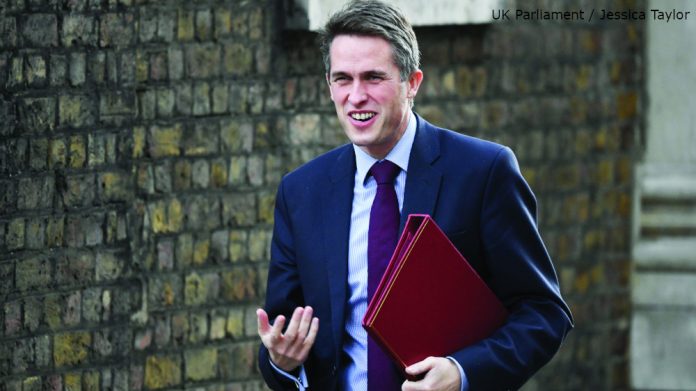 The Government reshuffle, what to expect at ACOS, the spectre of a winter lockdown and why blocking the M25 really isn’t the best way to win the support of the Great British population – all topics covered by Coinslot’s intrepid Arcadian in this week’s Off The Record.

A winter lockdown would just destroy the AGC business

COULD IT BE A COLD WINTER?

I don’t quite know what to make of the 32-page Winter Plan document issued by the government. It’s not that the ideas are overly complex or hard to understand but more that this government has such a glittering track record of deceit, double speak and down-right duplicity.

It has got to such a desperate stage that I’m actually expecting them to lie – not a great state of affairs when you look at the big issue regarding the broken relationship that exists between politicians and the public.

However, taking the Winter Plan at face value and in good faith my huge concern is that we see the re-introduction of another lockdown.

A winter lockdown for AGCs would be devastating for the industry, it would be awful and cause so much pain to businesses up and down the country.

Johnson has said that lockdowns would be a last resort but Sir Patrick Vallance, his chief scientific adviser has urged him to ‘go hard and go early’ (his words not mine) if there’s a winter crisis.

To me that sounds nuclear and more relevant to drastic actions such as lockdowns rather than making the wearing of masks mandatory in supermarkets, for example.

For the umpteenth time politicians do not understand our business and as a consequence cannot comprehend the devastation that a winter lockdown would cause.

My other fear is the use of fear as part of the government’s communications strategy. I know of people who haven’t been outside their front door for most of the last 18-months because they have been scared and intimidated by Big Brother.

If the government machine starts to weaponize fear then perhaps we should all pack up and go home – with or without a face mask.

Sir Jeremy Farr who sits on SAGE (by the way, how many members of SAGE are there exactly?) has stuck his neck out and said that 100 Covid deaths a day is an acceptable trade-off in order to have a normally functioning society and an economy which isn’t burdened by layer upon layer of restrictions and regulations. I can understand the logic but I can’t appreciate how the figure of 100 has been arrived at. It seems extremely arbitrary and what I would say to Sir Jeremy is that 100 may seem a modest number if you whisper it quickly but that’s 36,500 Covid deaths a year and it might not appear quite so inconsequential if one of the 100 is a friend or a loved one.

I was just listening to a radio phone-in covering the cabinet reshuffle and people are saying they have been dancing with joy at the news that Gavin Williamson has not only been removed from his post as Education Secretary but removed from the cabinet full-stop.

Someone said they were going to have a street party in his memory and another described him as the Frank Spencer of the cabinet. It perhaps shouldn’t come as a huge shock to the former Education Secretary that he’s flunked his brief – the real surprise is exactly how the ex-chief whip has managed to hold on by his finger tips for such a long time.

Some cynics suggested that as chief whip he knew far too much about the private missteps and predilections of parliamentary colleagues to be sacked.

I would say that his latest gaffe of mistaking England rugby international Maro Itoje for England and Manchester United footballer Marcus Rashford was actually the gaffe that snapped the Prime Minister’s patience.

If any industry needs an opportunity to meet and put the world to rights it’s ours – so see you at ACOS!

I just received an email from Karen Cooke outlining what she described as the ‘A list’ of manufacturers and suppliers who will be attending October’s Autumn Coin-Op Show. It got me thinking about how much we’ve all missed the chance to go to exhibitions to meet-up and to talk about business.

From a sales perspective manufacturers and distributors have missed out on a lot of business as operators have made do with the equipment they’ve got.

Now’s the time to reinvest and ACOS will be the first show back since ICE in February 2020.

But exhibitions are much more than stands, brands and products. I’ve always maintained that you find out more about product by speaking with arcade owners at show.

When you put all of these together you can see how much we’ve missed the opportunity to get together and why I think this edition of ACOS will be special.

Free speech isn’t an excuse for middle class, middle aged, self-obsessed protestors to pee everyone off – is it?

Free speech and the freedom to demonstrate are cornerstones of our democracy but when it comes to a group of oh so precious, middle class, middle-aged ‘activists’ blocking the M25 and causing bumper-to-bumper tailbacks I begin to lose the plot.

Of course, climate change is important but what do they expect to achieve from pissing off so many people going about the already tortuous task of navigating the M25? There has to be a better way of winning hearts and minds. It doesn’t do the climate change cause any good at all and when you become a pain in the arse surely, it’s time to rethink your tactics?

What was really annoying was the recording of a Police Officer speaking to the protestors and asking them if they were all ok and if any needed any help or assistance – meanwhile there’s literally thousands of cars, vans and lorries unable to move.

It seems to me that the police pick and choose their response depending on the background of the protestor but surely the law’s the law?

They should be forcibly moved on, detained, charged and punished.