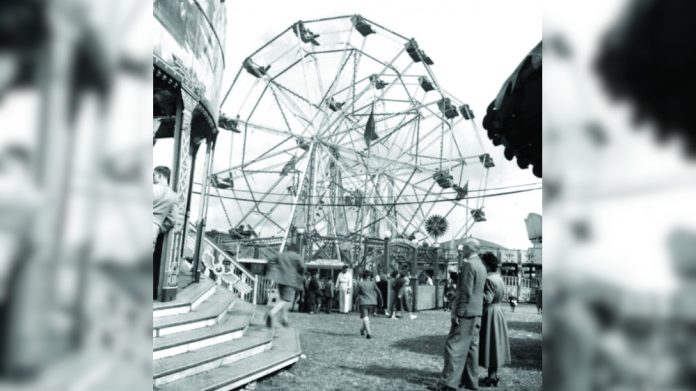 With the Daily Post hailing Llandudno Pier’s £1m observation wheel as “the talk of the town,” owner Adam Williams has spoken of how the newly-installed attraction brings a 170-year family tradition full circle.

Having descended from a long line of wheel operators, the Tir Prince owner acknowledged the impact his family history has had on his own life, and how installation of the 21-metre landmark keeps the tradition of his showmen family alive.

“I come from a family of grafters,” said Williams. “I believe the travelling showman business is a lot like the Welsh farming culture – everyone works hard, but also there’s lots of links with each other and everyone helps each other out.”

“Also you can’t just join it, you have to be bred into it – it’s in your blood.”

The Williams family have been operating funfairs since the 1850s, and were one of the few travelling families selected by officials during WWII to continue touring industrial towns in the north in order to maintain morale.

Williams’ grandfather Billy Williams Sr is also thought to be the first person to install two big wheels next to one another at Nottingham Goose Fairs in the 1950s.

Having been born into the profession, Adam Williams took on operation of the fair from a young age, overseeing international appearances in locations such as Hong Kong, Singapore and Dubai while still in his twenties.

“At the time we had some of the biggest rides in the UK, so for a few months of the year we’d be living in Hong Kong and literally millions of people would come to the fair as they hadn’t seen anything like it.”

“It was a lot of fun for me and my staff of around 50 but it also took a lot of hard work, living a showman’s life is tough it’s certainly not a nine to five job. I’m never really off, but I love what I do and I love the history of our family and I’m very proud of it.”