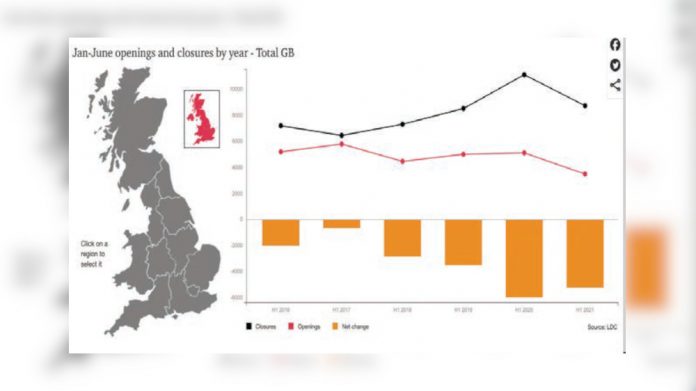 Britain’s high streets may be doing a little better than last year – but nearly 9,000 closures in the first half of 2021 is still not good. If you were on 50 fags a day, that would be a serious health warning. So nearly 50 retail closures a day is hardly something to light up over. But there was a flicker of hope in the form of amusement arcades putting their faith in local high streets and investing in retail properties. Coinslot takes a look at the latest PwC report on the great British high street in 2021.

By the time you read this article, one retail unit would have closed down somewhere on a high street in the UK. Obviously we assume Coinslot readers are very thorough in their processing of each article, but in every half hour so far this year, there has been a business unit shutting down in a town or city centre.

According to a retail unit study, conducted by the Local Data Company on behalf of accountants PwC, nearly 50 shops are closing every day in the UK.

And that, surprisingly enough, is the good news.

For the first six months of 2021, some 8,739 retail outlets shut up shop – a number that actually signals a slow down in the closing down of shops and retail units compared to last year. It’s not great comfort to be fair, but the 750 differential from 2020 is the first reversal in high street closures for two years.

Which explains why the PwC analysis offers a little gloss; “we were expecting somewhat bleak results from this survey,” Lisa Hooker, consumer markets lead at PwC, said. “But store closures have actually slowed.”

And indeed they have; but they’re still bleak. There were few glimmers of optimism coming from the number of shop openings during the first half of 2021 – 3,488 new shops opened their doors this year, hooray; but it’s the lowest level of new openings since 2015.

However, it was the leisure sector that dominated this opening drive, with takeaway chains leading the way. But, playing a marked role in this new lease of life on the high street is the amusement arcade sector which was among the top five movers in bringing business back to the town centres.

In the survey, arcades ranked fifth on the list of sectors driving the local economies with new outlets, standing just behind job centres, convenience stores and patisseries. “Smaller chains and franchise operators, such as cake shops and amusement arcades, have … been able to take advantage of lower rents and vacant units to expand their footprints,” the report noted.

Betting shops, on the other hand, were key departures from high streets – the fourth largest number of casualties (-337), behind fashion retailers (-1,036), charity shops (-452) and car and motorbike outlets (-428).

This, in fairness, was signalled loud and clear by the bookies following the decision to limit the stake on FOBTs two years ago. And the betting shops have made a significant exit – more so than Dorothy Perkins, Top Shop, Marks & Spencer and furniture shops all put together.

And let’s not forget the banks – those bastions of business hypocrisy – deserting the high streets; their 286 closures leave behind a void of access to cash for many communities. “Following a slowdown for the past two years,” the report highlighted, “banks have accelerated closure programmes as consumer needs continue to be serviced by digital solutions.”

Regionally, London has been the biggest loser – from the country’s best performing high streets in 2016 to the worst for the past two years.

At the same time retail parks have continued to fare best of all – supermarket, DIY and furniture outlets continuing to command footfall to their very concentrated zones.

“Not all shopping centres will survive in their current form,” the report concluded. “Investors must consider how to repurpose spaces to attract footfall. That may mean creating a retail and hospitality destination, showcasing independent and local operators rather than the chains that are retreating. It may mean converting for alternative use.”

But more worryingly, the encouraging signs of a slowdown in the closing down of retail units during H1 is effectively a few frills in search of some huge knickers; it is very likely that the rate of closures will rise again.

The next six months will be make or break for many chains, according to PwC’s Lisa Hooker. And in a sobering conclusion she noted: “Operators are far from out of the woods… particularly with the reinstatement of full business rates for all but the smallest operators, the winding-down of furlough support and agreement yet to be reached between many operators and landlords on rent arrears.

“But the good news is that there are some green shoots of optimism. Consumers still want a shopping experience and a number of chain stores and restaurants are opening.” 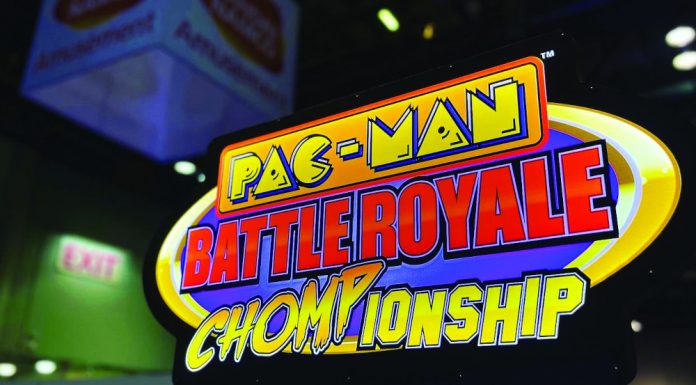