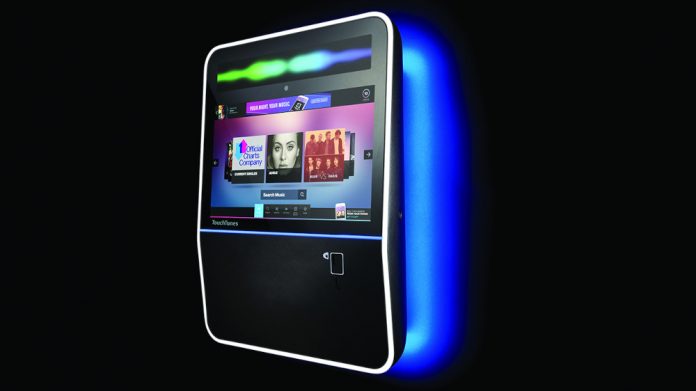 Jukeboxes are bouncing back according to the latest data from music supplier Soundnet/TouchTunes. Average income figures are showing venues heading to within touching distance of the levels of March 2020. Toby Hoyte outlines the story behind the latest statistics.

In a buoyant announcement released this week, Soundnet/TouchTunes declared that the ‘beat goes on: jukeboxes bounce back’. And statistics from the leading supplier of digital music and jukeboxes gave strong support that the sector is moving in the right direction – and more speedily than many may have expected.

The company described the figures as “an incredible recovery of online connected jukeboxes in UK pubs, despite ongoing difficulties in the pub retail sector, due to the lockdowns.”

At the end of August, 89 percent of Soundnet/TouchTunes previously supplied were back on and taking income. The average income for all of the online jukeboxes was 94 percent of the levels reported in March 2020.

“We are very pleasantly surprised to see connection and income levels so high, only weeks after ‘Freedom Day’ in the UK,” Soundnet’s Toby Hoyte stated. “We saw a similar bounce-back in the US with TouchTunes jukeboxes once bars reopened there. I think this proves that jukeboxes are very resilient and a real cornerstone of the coin-op trade.”

Improvements too, albeit more expectedly, in the mobile domain with TouchTunes witnessing a marked increase in App revenue in the last 12 months. The App allows customers to choose and pay for their music remotely, via their smartphone, minimising the need to move around the venue or touch the jukebox itself.

“I can conclude from these figures that although we lost some of our Soundnet sites, we have actually sold more TouchTunes jukeboxes into new locations since reopening,” Hoyte noted. “The market overall may have contracted somewhat, but the desire to invest in quality equipment is thankfully there.”

And these latest trends are delivering cause for optimism, as will the takeup of Soundnet’s V5 upgrade kit for older Sound Leisure online jukeboxes which boosts them to Milestones levels.

Taking stock of current developments, Hoyte is definitely feeling that ‘bounce back’. “I predict that income from TouchTunes jukeboxes will soon exceed the levels we saw before the lockdowns, which is extremely encouraging,” he told Coinslot.