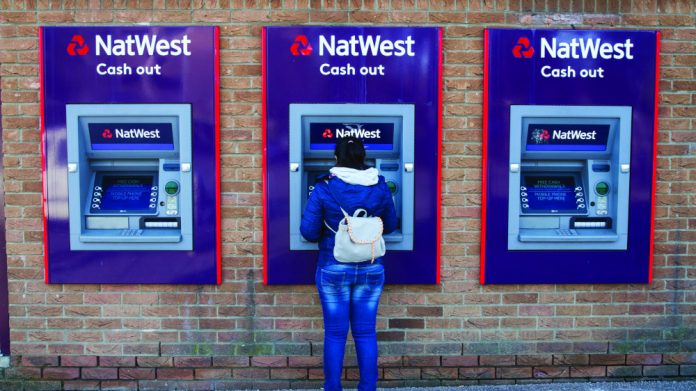 Consumers who are looking to withdraw and spend cash in nearby shops or on the high street are those being hardest hit if they are left without a way to access it locally, claims Which? consumer survey.

The majority of consumers have experienced a problem accessing cash or a bank branch in the last year, according to the results of a large-scale survey conducted on behalf of consumer champion Which?

The Which? survey of over 2000 people conducted by Yonder, found that more than half (57 percent) of consumers have experienced one or more issues with accessing cash or a bank branch in the last year.

43 percent of respondents said they had experienced bank branch issues, including the closure of a bank branch they used to visit or that a branch had reduced its opening hours.

The findings come as new Which? analysis of LINK data shows that over the past eighteen months the total number of ATMs in service has dropped by almost 8,000, equivalent to 13 percent of the total number of machines. Which? argue that most of this decline occurred between March and May 2020, during the early months of the Covid-19 pandemic, but since May 2020 there has been relatively little further change – indicating that these closures will be a permanent reduction to the network.

Separately, Which? also found that from the first national lockdown in March 2020 until the end of restrictions in July 2021 there were 801 bank branch closures, with another 103 set to close their doors by the end of the year.

The analysis from the consumer champion also found that there are large variations in the proportion of cash machines that charge for withdrawals across the UK.

The regional lottery is highlighted by figures that show the proportion of pay to use machines in the West Midlands (28 percent) is nine percentage points higher than that in the South East (19 percent).

The consumer champion’s findings come despite recent research published by the Financial Conduct Authority (FCA) and the Payment Systems Regulator (PSR), which shows that most people have reasonable access to cash through a combination of bank, building society or Post Office branches and ATMs.

Which? is concerned that the current lack of oversight of the profound and rapid change to the cash system – as it continues to shrink as more and more people transition to digital payments – will mean that access could continue to reduce at speed, leaving increasing numbers of those reliant on cash without local access to it.

The rapid reduction in cash access points revealed by Which? demonstrates the urgent need for the government to introduce legislation to protect consumers who are reliant on cash and most at risk from closures.

Which? is supporting proposed new laws to make the Financial Conduct Authority the lead regulator for ensuring that people can continue to withdraw cash locally, which includes powers to hold the banking industry accountable if further decline of the cash network would put this access under threat. It is calling for the government to provide clarity about when this legislation will be in place.

Gareth Shaw, Which? Head of Money, said: “These stark figures show the extent of the damage caused by the pandemic to the already fragile cash system, and demonstrate the consequences that this is having on consumers who are trying to withdraw cash.

“It is consumers who are looking to withdraw and spend cash in nearby shops or the high street who will be hardest hit if they are left without a way to access it locally.

“This should serve as a wake-up call to the government and the FCA. The cash system is continuing to crumble and legislation on safeguarding access to cash must be introduced swiftly.”

Yonder, on behalf of Which? surveyed 2,072 UK adults online between 9-11 July 2021. Data was weighted to be representative of the UK population by age, gender, region, social grade, tenure and work status. The analysis of ATM figures was based on data published by LINK.