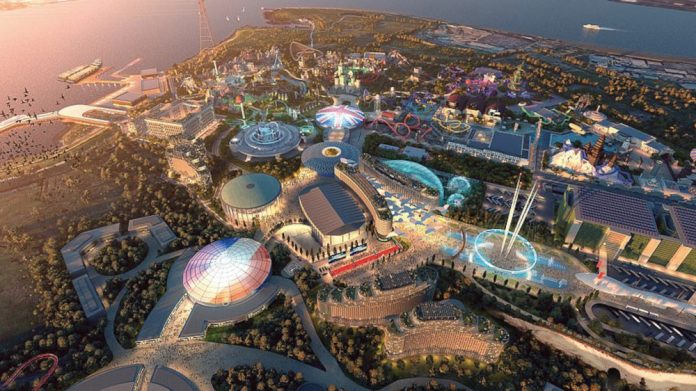 Despite recent planning setbacks, the developers behind The London Resort have reiterated their confidence in the £2.5bn project by launching a first supplier pre-procurement period.

The London Resort has announced a major step forward in its development process, inviting suppliers to complete a Register of Interest during its first pre-procurement phase.

Developers are encouraging submissions from “a wide range of local, regional and national businesses” in order to plan Phase One of the £2.5bn Dartford theme park’s construction.

“Businesses of all shapes and sizes have a critical role to play in this unique project,” said Andy Martin, strategy and communications director for the London Resort.

“The Register of Interest will help us understand more about the type and size of businesses that are interested in becoming a supplier.”

The news was received positively by local suppliers, with Tim Atker, development manager for the Kent and Medway Federation of Small Businesses, encouraging small businesses to “see what part they can play in this exciting development.”

“The London Resort is a fantastic opportunity for small businesses in the Southeast. This is a chance for SMEs (Small and Medium Enterprises) to be part of the supply chain and take advantage of the economic benefits this project will bring to the region.”

“At a time when the country needs investment, this will have positive effects on the local and wider economy.”

The announcement is also a clear indication that London Resort remains confident about receiving full planning approval from the government, despite a number of setbacks – including the proposed site’s designation as an SSSI earlier this year.

Should the development be approved, the company predicted that 48,000 direct, indirect and induced jobs will be created by the London Resort by 2038, with 50 percent of those jobs coming from the local communities of Dartford, Gravesham and Thurrock.

“Independent analysis estimates there would be 6.5m visitors to The London Resort in 2025, growing to 12.5m visitors by 2038,” said the park in a recent economic statement.

“Assuming theme parks continue to grow at their ten year growth rate, The London Resort would therefore rank as the largest theme park in Europe, ahead of Disneyland Park at Disneyland Paris.”

The statement added that Disneyland Paris itself added E22.4bn to the economy of Seine-et-Marne since its opening, with 70 percent of its E13.7bn purchases over the period having been made in the local region.