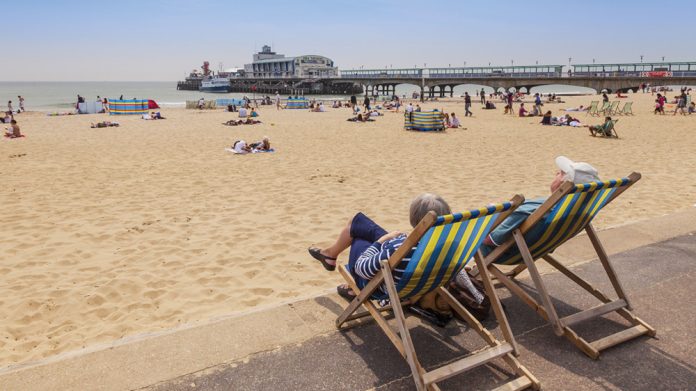 The Council in Bournemouth has adopted a zero-risk approach fearing that its 3,500 deckchairs could be weaponised by day tripper’s hell bent on causing trouble: what’s more they’re not bothered at losing the annual £200k renting the chairs brings in to the Dorset resort.

In arguments more in keeping with images of the infamous seaside skirmishes between warring gangs of Mods and Rockers, the normally sedate seaside resort of Bournemouth has stopped renting out deckchairs over fears that they could be used as weapons.

The circa 3,500 yellow and blue canvas chairs available for hire and which bring in an estimated £200,000 to council coffers, have been put into storage for the season following incidents of antisocial behaviour.

Liberal Democrat council member Vikki Slade raised the absence of the deckchairs with the Council assuming their removal was Covid-related. In an interview with the Daily Mail she explained: “They said it was because they had anti-social behaviour last year and they were concerned about the safety of staff and the possibility of chairs being used as weapons.

“I was mortified by the stupidity of the excuse – I thought they were joking or that someone had made a mistake, so I contacted them three times but got the same response.

“I don’t recall any situations where people were fighting with deckchairs. Even if that were the case, you don’t just get rid of the chairs – you increase security or have police patrolling the beach.’

Adding that it represented “… the most wasteful, lazy, and ridiculous excuse”

A spokesman for the Conservative run Council confirmed: “As part of our seasonal response planning, the decision was made not to hire out our deckchairs or sun loungers this year.

“The well-being and safety of our staff, residents and visitors was a priority in this decision.

“Unfortunately, Covid-19 brought a lot of issues to the forefront last year, with overcrowding on the beaches and the subsequent problems that arose prompting us to make these changes.’

“We have seen some comments about the loss of income attributed to deckchairs. This needs to be put into context against the fact that deckchairs have always been marginal in terms of generating a financial surplus, alongside the fact that other seafront facilities such as catering are currently trading extremely well and will more than make up for any deficit, we have in not hiring out our deckchairs again this year.”