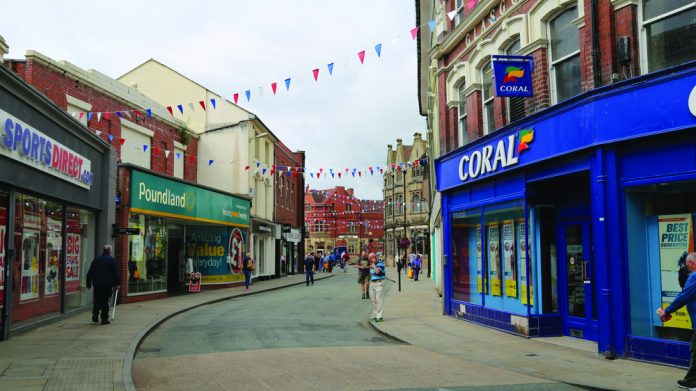 A study has found one fifth of all UK gambling venues are located in “left behind” areas of the country – hardly surprising given that so many other sectors are unwilling to invest in these communities. However, trade bodies have been forced to once again defend the sector’s social and economic contribution.

A joint study between Bristol University and Standard Life Foundation has found that 21 percent of all UK gambling premises are located in the country’s most deprived areas.

The research, which comes as the government prepares its gambling white paper, reveals there are twice as many gaming venues in harder hit regions as there are supermarkets.

“The research highlights the clear mismatch between the amenities available in ‘left behind’ areas, compared with those that are more affluent,” said University of Bristol senior research associate Jamie Evans.

“While the gambling industry may offer some much-needed employment in these areas, it usually takes much more than it gives, leaving a legacy of greater hardship and increased social problems.”

The findings revealed that 34 percent of amusement arcades, 30 percent of bingo venues and 29 percent of AGCs were located in arrears considered to be “deprived,” with Glasgow, Liverpool, parts of London and Middlesbrough offering an average of one betting shop per 3,000 to 4,000 residents.

Responding to the figures, a spokesperson for the Gambling Commission said “we will carefully consider the issues raised by any gambling-related research and any actions will be taken through the national strategy to reduce gambling harms.”

Though the findings may come as no surprise when considering economic factors such as the availability and affordability of venues in areas with cheaper rent and high premises vacancy, the figures hint at the deeper issues of economic disparity across the UK.

“Unsurprisingly the report finds that businesses are located close to where their customers live,” said Bacta CEO John White. “You don’t find a Waitrose or a Harrods in poor areas because those businesses’ customers are wealthier members of the population whereas gambling is generally more popular with working class members of society.”

A spokesman for the Betting and Gaming Council added “BGC members support 119,000 jobs, generate £4.5bn in tax to pay for vital public services and contribute £7.7bn to the economy in gross value added.”

“Betting shops alone employ around 46,000 people across the country, pay £1bn in tax to the Treasury as well as £60m in business rates for local councils, while casinos employ 11,000 staff and pay £500m a year in tax.”

Gambling Harm APPG chair Carolyn Harris has responded to the report detailing the concentration of gambling venues in deprived areas as “disturbing.”

The comments came after the report was presented to policy panels guiding the government’s “levelling-up” agenda, which focuses on geographical inequalities.

“It’s targeting the most vulnerable in society, both economically and those who may have a problem,” said Harris.

“It’s a testament to what we’ve always said, which is that the industry puts profit before people. It’s not unexpected but it’s disturbing.”

The findings are expected to once more bring concerns over “clustering” of venues to the fore, after similar accusations were made during the FOBT review.

The report’s release just prior to the government publishing its white paper on gambling law reform is also expected to push policymakers toward stricter legislation.

‘Unsurprisingly, the Report finds that businesses do what all businesses do and locate themselves close to where their customers live.

You don’t find a Waitrose or Hugo Boss in the country’s poorest boroughs because that’s not where their customers are found. Similarly you don’t find an AGC on the first floor of Harrods.

We should not forget that people are free to choose what they do with their money. Whilst the authors of these kinds of reports would rather the working class bettered themselves by joining a book club, we provide low cost entertainment to thousands of people who want to enjoy our products close to where they live. In so doing we stimulate local economies, provide jobs, and bring vibrancy to the High Streets and coastal resorts that desperately need investment.’