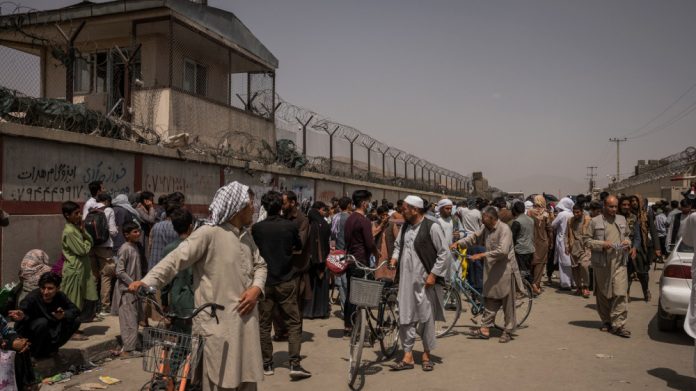 Our shame in Afghanistan, the demise of bank branches, job candidates who don’t show-up for interviews, Ian Botham’s prospects as a trade envoy, what to expect next from HMRC and why Extinction Rebellion need to know their audience a bit better – all topics covered in this week’s Off The Record.

The Treasury Select Committee has said that 213 bank branches are what they are terming ‘last in town’ a development that is jeopardising the population’s access to cash.

This is a very serious development not just for the millions of people who depend on cash but also for the thousands of small businesses who need access to a bank.

Within that community of traders, I would argue that AGCs are among the most impacted based on the fact that unlike virtually every other business on the high street we cannot offer an alternative to cash – we are in what’s commonly known as a ‘perfect storm’.

And if that wasn’t bad enough, we also have to contend with the removal of ATMs which are disappearing at a rapid rate. TITO is often quoted as an alternative but the costs for the smaller operator are often prohibitive. People think that installing TITO is like flicking a switch – but that’s not the case.

All of these developments amplify the need for the industry to be given the opportunity to offer our players a range of payment methods and for them (and us) to be treated with respect.

Do DCMS really care about our parlous situation – I’m really not sure if they do to be perfectly honest!

We should hang our heads in shame over Afghanistan

I honestly can’t recall being more disgusted by the actions of my country than I am with regards to our approach to the people of Afghanistan.

While Britain can’t go it alone and the finger of blame is quite rightly pointed at the actions of the US President, I can’t help but feel disgust at the prospects of many thousands of individuals who assisted our armed forces and their families being left behind and at the mercy of the Taliban: when this happens, we will literally have blood on our hands.

Withdrawing in such an unstructured, unplanned and chaotic way also provides no solace to the families and loved ones of the 400+ British personnel who perished in the country.

What a waste of human life? As for Dominic Raab, I think he is being made a scapegoat for the entire sorry fiasco. Making him the sacrificial lamb does no one any good whatsoever.

We should be ashamed of our actions, it’s as simple as that.

For HMRC revenge is a dish best served cold!

The industry was certainly delighted to hear that the decision in the Rank Case concerning VAT payable on gaming machines, which was won by Rank in June, will not be appealed by HMRC.

Like most people in the industry, I have been following the case with great interest and my phone was red hot with colleagues talking about the case.

Great news as it is I can’t help but think this could be what people term a pyrrhic victory. After all, HMRC hold all of the trump cards and as an organisation have so many opportunities to claw that money back.

When AGC operators were taken out of VAT with the introduction of MGD it resulted in an immediate 20 percent hit to profits.

I would advise the industry to brace itself for increases in duty and tax liabilities. HMRC won’t take this judgement on the chin!

That’s what I call a criminal response to the labour crisis!

The shortage of labour is such that the Sunday Times reported that some companies are trying to hire prisoners to fill vacancies via a scheme that allows inmates to do paid work on day release.

As a cash only sector I don’t think AGC operators will be looking to take on serving prisoners irrespective of how close they are to their release date – but if the current situation persists, I could be forced to think again!

Of the 18 people I had lined-up for interview at my AGC I had a whopping 17 no shows of which only one told me that they couldn’t attend having been pinged. Claimants have to demonstrate that they are making an attempt to get a job in order to continue to receive benefit payments.

What the Job Centres don’t follow-up on is the number of people who can’t be bothered to attend their interviews. I’m not suggesting that all of them are doing this in a calculated manner but 17 no shows out of 18 is some record!

Extinction rebellion protestors have succeeded in shutting down the west End of London in a repeat of their activities two years earlier.

The group, which has become adept at executing high profile stunts for the assembled media, marched from Trafalgar Square to Covent Garden where they set-up a blockade and proceeded to erect a 13ft-high pink table close to the Hippodrome Casino at Leicester Square.

Of course, everyone has the right to protest peacefully but I can’t help but think that their tactics only serve to alienate ordinary working people as they go about their daily routine, when they should be trying to win them over.

I would make similar comparisons with Fathers for Justice – another powerful pressure group but one that you don’t hear much about now because they succeeded in pissing everyone off!

Beefy appointment is a stroke of genius

The announcement was made 40-years after he led England to victory in the Ashes. Botham is well known in Australia and in many ways, he shares the same ‘can do and whatever it takes’ qualities that Australians are famous for.

Botham was knighted in recognition of his charity work as far back as 2007 and was awarded a life peerage last year. I think his no nonsense say it as it is personality will help maximise the opportunities created by the post-Brexit trade deal between the two countries.

Botham was one of ten non-paid trade envoys appointed by the PM: such is the power of Beefy’s personality and media profile he is the only one that I can name.

Why doesn’t the government create another bank holiday and give the industry a boost?

WE’RE ALL GOING ON A SUMMER HOLIDAY?

Research published by Barclaycard claims that more than 1 in 8 SMEs in the hospitality sector are anticipating their busiest Bank Holiday in a decade. Whilst I possibly wouldn’t go quite that far I’m certainly optimistic about trade this weekend – even more so if the weather holds. With the obliteration of business for the best part of a year I wonder whether the government should be exploring new methods of sustaining and extending the season. One way would be to create a few more opportunities for a leisure hungry population to get out there and spend money. There’s the first National Hospitality Day in September but what about creating another national holiday weekend to stimulate business?