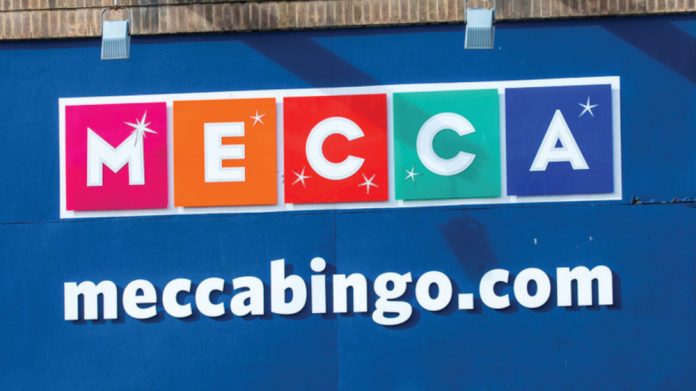 After its land-based venues spent 60 percent of the last year shuttered, the Rank Group has reported a 72m loss for the 12 months ending 30 June, however the group’s CEO has predicted that “recovery is coming.”

The Rank Group has reported a £72m loss for the year ending 30 June, after its UK and European venues spent almost 60 percent of the year closed, prompting a 48 percent decline in net gaming revenue to £329.6m.

With its land-based sites traditionally responsible for 80 percent of takings, the Mecca and Grosvenor operator revealed that losses reached £15m per month during the height of the pandemic, however there are now “encouraging” signs of growth.

“It’s been a rotten year,” said CEO John O’Reilly. “But we’ve navigated our way through the pandemic well. Since opening in May we’re really pleased with the progress we’re making in all three businesses.”

“We’ve got a strong balance sheet now as we re-emerge and we’ve been using the downtime to ensure that we do emerge from this strongly. Recovery is coming.”

Despite a 19 percent differential in sales at Grosvenor venues for the 13 weeks to 15 August compared to the same period in 2019, and a 21 percent gap in sales from its Mecca Bingo halls, O’Reilly reported “encouraging progress” across the brands.

“Recently we’ve done really well in places like Blackpool and Bournemouth because people are looking for that entertainment thrill in the UK this year.”

“We are now well into a new financial year with our venues open and trading positively.”

Observing that Rank had made “a good bit of investment where we can” over the past 18 months, O’Reilly also acknowledged the impact of new products and customer services on growth.

“Rank was delivering strong revenue and profit growth before the pandemic.”

“The steps we have taken over the last 18 months, particularly in carefully managing our liquidity and developing the transformation plans, will enable the group to return to that growth trajectory as the impact of the pandemic reduces and consumer confidence for indoor leisure experiences grows.”

Despite the positive trajectory, Rank added that its nine London casino venues – previously responsible for 42 percent of group revenue, despite representing just 17 percent of its estate – were currently delivering revenue 40 percent below pre-pandemic levels.

However, hailing the upcoming return of London office workers this September, O’Reilly noted that “things are improving.”