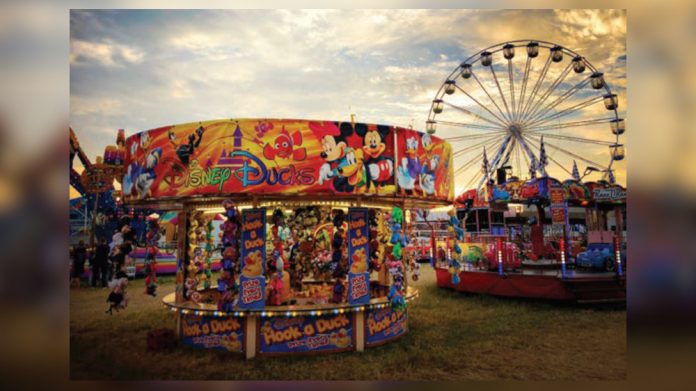 The Showmen’s Guild, together with colleagues in the fairground and show industries, has highlighted ongoing concerns surrounding the introduction of a COVID-passport, together with hesitancy by local governments around the UK to allow events to resume.

The fairground and show industries raised several continuing issues of concern at the last meeting of the new APPG on Fairs and Showgrounds in late July. The challenges discussed included COVID-passports and hesitancy by local governments to allow the resumption of fairs and shows.

The sector cautiously welcomed the number of fairs which had been able to reopen, with support from ministers and the DCMS, together with local governments. 646 fairs were able to open between 12 April to 19 July. As of the start of August, this figure had risen further to 807.

However, this positivity was tempered with the planning for larger fairs and charter fairs meeting with varying degrees of success across the country.

In England, fairground operators noted that despite the lifting of restrictions in Stage 4 of the country’s roadmap, an increase in COVID-19 infections has led to greater hesitation from some local authorities, while blanket bans on events remain common at regional level.

The Showmen’s Guild of Great Britain warned that “we may be going backwards in some areas”.

“The letter that the APPG wrote to the Local Government Association (LGA) from 19 March, has been positive but the LGA is only an advisory influence on councils; as are ministerial letters, in terms of influence,” the Guild clarified. “The letter to the ADPH (Association of Directors of Public Health) from 19 March, fell on deaf ears. We were instructed in Guidance from DCMS to liaise with DPHs nationwide; but they are largely uncontactable and often dealing with a whole county’s health issues, thus this was impractical. Moreover, their default-position is often to say no.”

The situation is broadly similar in Scotland, Wales, and Northern Ireland with “varying rates of ‘trickledown’ of both, understanding of and willingness to implement nationally agreed reopening plans”.

Separately, there was continuing concern at the possibility of the introduction of COVID-passports’ for fairs and shows.

This has been heightened following the sudden amalgamation of renewed guidance from the DCMS, with many industries in the wider entertainment sector – such as theatres, festivals, and nightclubs – being lumped together. The move represents a step backwards given that “hard-won and long-negotiated” individual guidance had previously been agreed for each industry.

The APPG had previously sought reassurance from DCMS that this would not happen and is continuing to discuss the matter with the tourism minister Nigel Huddleston, who has been sympathetic to the group’s concerns.