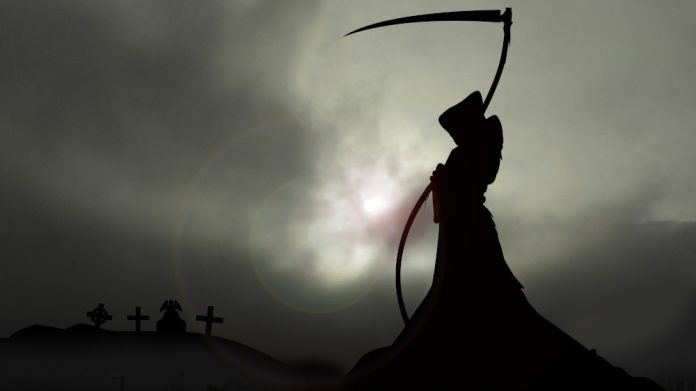 OTR argues why now’s the time to ditch Professor Gloom, identifies the family links that are making some gambling campaigners hypertensive and why 2m is now a rule too far.

IT COULD BE YOU

Surprise, surprise – another alleged conflict of interest has emerged involving a member of the Government and this time the focus is very clearly on the gambling industry.

This week’s newspapers – the posh variety – have revealed that Alice Whittingdale, the daughter of John Whittingdale, is enjoying a successful career working in corporate communications and public affairs for the multi-faceted, full-service PR consultants meet lobbyists, Pagefield.

Armed with a degree from the University of Exeter, Alice Whittingdale, according to Pagefield’s website, is involved in helping clients ‘navigate challenging policy areas.

Nothing too sensational about that apart from the fact that Pagefield counts Camelot amongst its list of clients and that as Minister at the Department for Digital, Culture, Media and Sport John Whittingdale is responsible for lotteries. All of this has got gambling campaigners such as Matt Zarb-Cousin more than a little hot under the collar.

Pointing to the fact that former gambling minister Hugh Robertson is also now chair at Camelot he told The Times that the revelations call into question the impartiality of what he described as an ‘opaque process’.

Dr Alex May, who campaigns for transparency in government and who uncovered the embarrassing family link, trumpeted that the gambling minister should have nothing to do with the gambling industry – even if it is slightly awkward when it comes to determining your daughter’s career path!

At least an anonymous source at the DCMS was able to put everyone’s mind at rest when he/she confirmed the independent adviser at the Cabinet Office propriety and ethics office was content that there was in fact no conflict of interest whatsoever!

The fact remains that Camelot will almost definitely once again emerge as the preferred bidder and continue to take its 5 percent of sales which last year translated to £395m of revenue and £79m of profit after costs. Great work if you can get it!

We’ve gone the distance with the 2m rule

(DON’T) STAND SO CLOSE TO ME

I’m not sure what we did prior to the Office for National Statistics rise to prominence as a source of trusted information during the pandemic.

Where did we get invaluable information such as the fact that only 49 percent of people are now sticking to the 2m social distancing rule meets guidance or that this figure has dropped from the 91 percent who said they were abiding by it during the second wave.

From what I’ve observed in the arcades and out generally, people now seem to be distancing naturally and have found their own new normal.

It’s what people feel comfortable doing and I hope that the rule making and heavy-handed policing of the rules is a thing of the past.

I went to a concert on Sunday in an arena and there were zero restrictions, no requirements to show a Covid Passport or negative test results.

It’s the way that life should be and needs to be. Surely now’s the time to bin the rules full stop?

The voice of doom and gloom returns

The media has grown to love Neil Ferguson. Since he sprang to prominence last year with his dire forecasts of Covid infection, hospitalisation and death aligned to his ability to interpret government guidelines on social distancing in a way that didn’t actually impact his private life, the eminent professor of Imperial College, London has become one of the most often quoted and frequently heard voices in British print and broadcast media.

Not afraid to mess with fire having had his fingers badly burnt, the Professor is predicting that Britain could face a large wave of infections resulting in hospital admissions exceeding 1,000 a day.

His predictions are based on the fact that the country already has a high infection rate despite contact rates being less than half normal levels.

His argument being just watch what happens when schools return and people start going back to the office.

But equally hasn’t he seen the capacity crowds at Premier League football, as well as the country’s packed pubs and promenades?

Ferguson has form when it comes to making outrageous predictions. Only recently he warned that the number of cases post July 19th could sky rocket to 100,000 a day – a figure that currently stands at under 30,000.

He might make great tv or radio but I for one would rather that we didn’t have quite so much doom and gloom and that we focus on the positives for once.

Holiday bribe to get vaccinated – give us a break!

It seems as if governments all over the world are exploring new and engaging ways to persuade the vax hesitant to do the right thing and get themselves bloody jabbed! In Russia the vaccinated are being entered into a lottery to win a flat, and in the UK, students at Sussex University stand to win a £10,000 cash prize. Now public sector workers in the Czech Republic will be offered two extra days of paid holiday to get vaccinated.

Like the UK the Czech vaccination programme has lost its momentum and the holiday bonus which is open to teachers, civil servants, medical staff (I’ve never understood why medics need to be encouraged to get jabbed) and police officers will cost the government the equivalent of £500m.

Whatever helps to persuade the naysayers to have their jab has got to be a good thing, but we must not set a precedent.

What happens for example when we need boosters or God forbid another vaccine is required to combat a new and even more deadly variant.

We don’t want the selfish and the greedy to be holding out for the next prize to be offered. In such a scenario a well-meaning incentive suddenly becomes a bribe – and we don’t want that!

Of-course France should do more to stop Channel crossings

Regular readers of OTR will appreciate that I’m not the biggest fan of our Home Secretary but in the same way that a broken clock is right twice a day I find myself agreeing with her latest claim that the French authorities are not doing enough to stop migrants from crossing the channel.

The UK gave France £54m towards increasing the beach patrols by French police. The numbers making the treacherous crossing are predicted to top 22,000 this year compared to over 8,000 in 2020. Like Priti Patel, I would like to see the EU diverting a fraction of what’s spent on its Mediterranean borders to policing the channel not least for the protection of those trying to make the crossing.