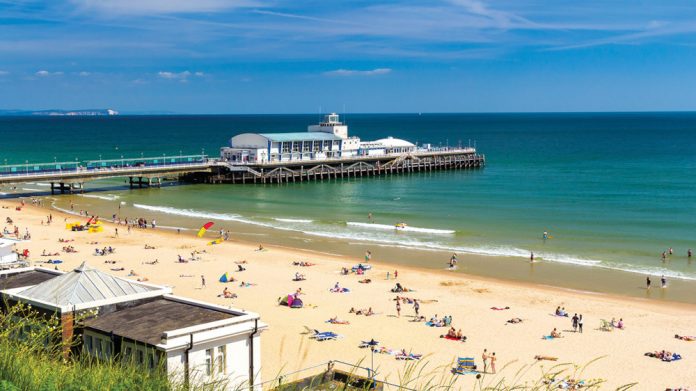 Bournemouth Pier took the top spot in a new study by Envirofone which ranked the UK’s top ten most popular piers based on social media data. The company analysed Instagram hashtag usage to find out the UK’s most Instagrammed piers by analysing hashtag mentions from all the 56 beaches in the UK that still have piers.

“People are definitely making up for lost time with friends and family. Going to beaches and piers when the weather is currently hot is a no brainer for brits in the summer,” said Denise Timmis, brand manager at Envirofone. “With the data found on hashtag usage, people want to publicise what they’re doing now more than ever, especially with over a year of not being allowed to do anything or go anywhere.

“Taking photos on their phones and using hashtags when using social media helps people feel more connected to the place they were visiting and helps instil that moment in their memory,” she added.

Bournemouth Pier’s success comes shortly after the resort town’s beach was named as one of the best in the world, according to TripAdvisor. The pier began life in 1856 as a 100 ft wooden jetty. This was replaced in 1861 by a 1000 ft wooden pier designed by famous architect George Rennie. However, this structure was destroyed by storms, after which a new pier was built at the site in 1880.

The UK’s shortest pier, Somerset’s Burnham-On-Sea was only 2,600 posts behind Bournemouth. Somerset Council recently launched a new coastal walks app, which led to many visitors posting photos of the pier while walking.

Meanwhile, Cleethorpes, Walton-on-the-Maze and Comer Piers are all historical piers, having welcomed holidaymakers since the 1800s.