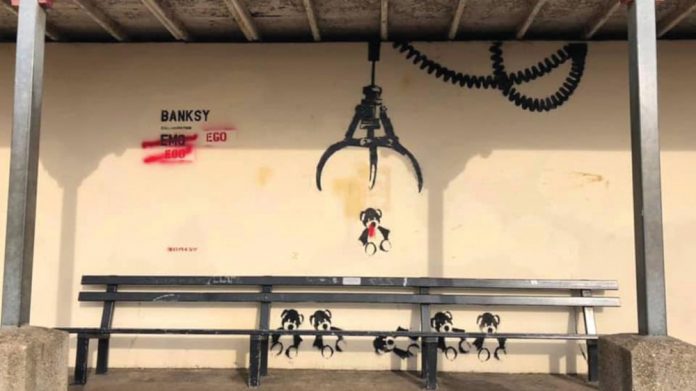 Multiple Banksy pieces which recently appeared along the Norfolk and Suffolk coast as part of the artist’s “Great British Spraycation” series have been vandalised, including one at Ocean Bay Amusements.

A new amusements-themed Banksy artwork in Gorleston-on-Sea, Great Yarmouth has been defaced by vandals, just hours after its provenance was verified.

Ocean Bay Amusements had celebrated the confirmed Banksy artwork on its Facebook page. “Amazing to see the rumours are all true! [A] Banksy original in Gorleston. An amazing piece of art right next to our own cranes,” the arcade stated in a post on 13 August.

Located on the Gorleston seafront, the piece depicts a crane game’s claw suspended over one of the benches, with bears added by local artist Emo, as part of what is thought to be a collaboration. However, the work was subsequently graffitied over with red paint just a few hours after it was identified as genuine, with Emo crossed out and replaced with “Ego”.

Responding to the vandalism, Great Yarmouth Borough Council employed signage company Effective Imaging to put up a perspex cover to protect the work from further damage. Banksy has confirmed that he is behind a series of spray paintings that have appeared along the Norfolk and Suffolk coast, which form part of what the artist dubbed “A Great British Spraycation” in a video on his Instagram account.

Meanwhile, a second Banksy piece on Lowestoft’s North Beach has also been defaced. The piece, which depicted a rat in a deckchair drinking a cocktail, was daubed over with roller paint. 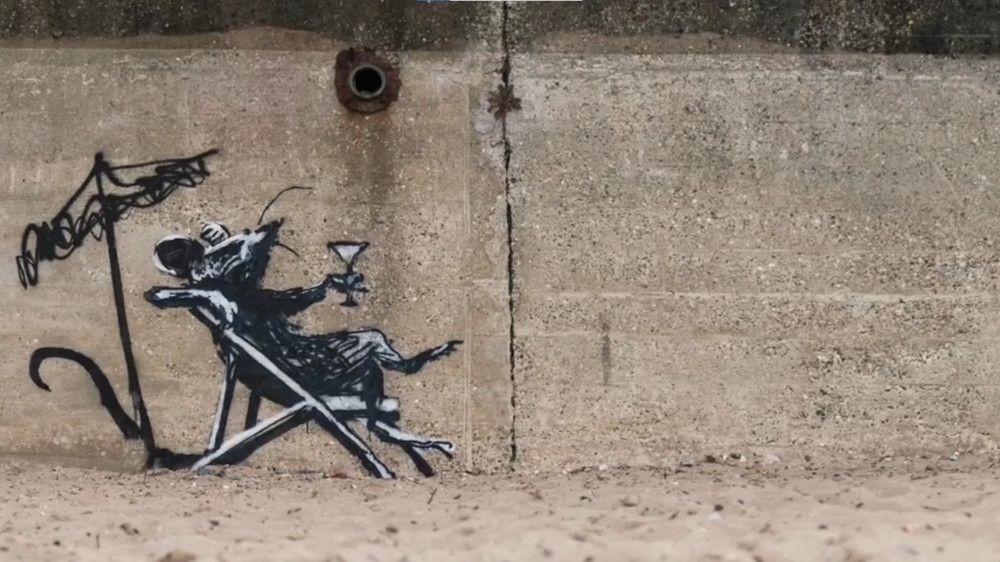 The local council has committed to restoring the vandalised artwork. “We are naturally appalled that someone has chosen to behave in such a selfish and mindless way given how excited we are all by the appearance of these works here on the east coast. We are, however, hopeful that this particular work can be restored, and are engaging with specialists,” said spokeswoman for East Suffolk Council. “Prior to confirmation that the works are genuine Banksy pieces, we had already placed an order for protective materials which will safeguard the works in Lowestoft and Oulton Broad. It is critically important that we protect the pieces with materials which are fit for purpose and we hope to complete this work shortly.”

In the interim, the council said it has employed security patrols to visit each site. “On this occasion, our patrols actually interrupted the individual defacing this work and prevented any further damage occurring,” the spokeswoman added.