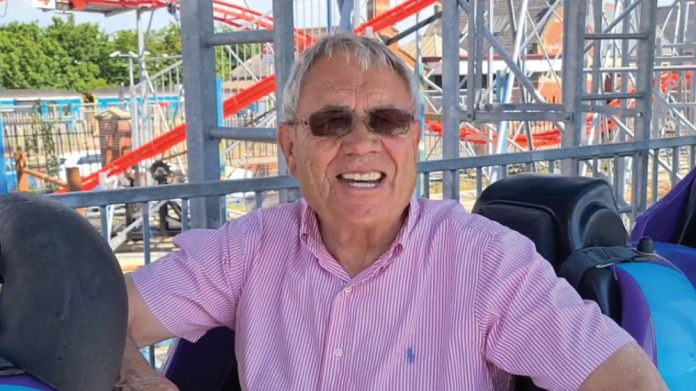 Veteran amusements operator Henry Danter has delivered seaside entertainment for well over half a century but his latest project has run up against a small band of antis. The disturbing antigambling narrative seems to have seaped into his AGC plans, with a somewhat poisonous response. Danter will be be putting that renowned charm to good use as he tries to bring life to Monmouth high street.

Danter, who has been in the amusements industry for over six decades, believes it could boost the town centre of the small Welsh village, with one commenter to the council’s public consultation stating it would be “something fun” for the town – which it “desperately needs”.

With the application also receiving more than 200 objections, this would appear to be the case, with detractors stating the AGC would be a “blight on the town” as if it were a 19th century witch’s coven.

Despite the problem gambling rate being at an historic low, and AGCs being one of the least problematic forms, a vocal minority in Monmouth is concerned that Danter’s plans will cause “major financial problems” to the town’s approximately 10,000 population.

Concerns also came from the principal of Christian-school Haberdashers’ Monmouth, who objected to the existence of AGCs in a place that is visible to his pupils. The witch hunt against Danter continued in a petition, signed by 0.5 percent of people in Monmouthshire, and stating that the AGC “could seriously damage the fabric of the Monmouth community”.

There were also, however, more rational takes on Danter’s plans, with one commenter observing that it would be using an empty building, and that “adults should have the choice to use this service or not”. The planning application is yet to be decided by the council.