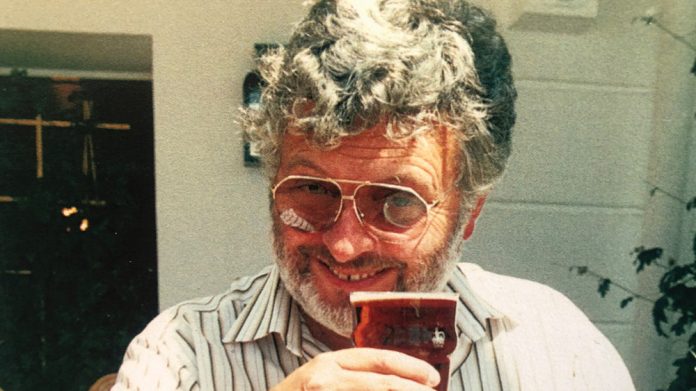 Phil Silver was one of 50 mourners to travel to Derby in order pay their respects to the widely loved and hugely respected Dave Orton who passed recently aged 78. Phil provides a moving report and a personal tribute to his great friend and fellow Bacta Biker.

Located on the western outskirts of the city of Derby, Markeaton Crematorium is a peaceful haven for those who attend to bid farewell to their loved ones and friends. It was to this place that, on Monday 2nd August 2021 some 50 persons assembled to pay their respects and to offer a collective and emotional goodbye to the widely loved and hugely respected Dave Orton, aged 78 years.

Over thirty motor cyclists formed part of the cortege, including representatives of the Bacta Bikers, the unassuming Carl Fogarty MBE (one of the most successful World Superbike racers of all time) and Clive Horton, a former Isle of Man TT winner. To say that Dave was a keen motorcyclist is an understatement of enormous proportions; he set up and operated a highly successful independent motorcycling racing team, and founded the Bacta Bikers, a group of likeminded individuals associated with the coin operated machine business that has collected some £200,000 in donations for the Bacta Charitable Trust. Dave was also a licensed pilot who, as a volunteer, flew urgently needed body organs around the UK in his own aircraft. There is not enough space in this column to list the numerous attributes of such a fine man whose generosity, encouragement and support of others knew no bounds throughout the colourful times of his extraordinary life. Dave was an icon of our industry having built up a company that was, at its time, the largest independent supplier of machines to the licensed trade. He was an ardent supporter and contributor to Bacta and believed whole-heartedly in a strong trade association promoting the wellbeing of an industry sector he was so proud to be recognised as a stalwart and pioneer. Dave was also a trustee of the Bacta Charitable Trust for over a decade, and was delighted to be a part of a process of helping the vulnerable and less fortunate in society.

Promptly at 3:30pm the soothing tones of Nimrod from the Enigma Variations by Edward Elgar was played to those entering the chapel. Dave’s body lay at rest in a coffin of suitable proportions with a motorcycle crash helmet bearing the words, ‘Mr Pie man’ displayed on the coffin lid. Dave’s son, Matt, paid a moving tribute to his father, recounting happy and humorous memories of family holidays and times spent together during his formative years. Matt also read out a tribute from Mick Foster, who knew Dave over several decades being a one-time colleague and lifelong friend.

Following the reading of a biker’s poem entitled ‘His Journey Goes On’ by Joe Eliston, Clive Horton paid a thought-provoking tribute by recounting how Dave had recruited him to his racing team in 1979 at a time when he was feeling low about his lack of racing success. Dave’s intuition of Clive’s potential proved positive as the ensuing season was the most successful ever for Orton’s Appleby Glade team. Clive summed up by describing Dave as, “the finest example of humanity.”

Next to pay tribute was fellow biker and industry veteran, Andy Murden, in what was a very moving and humorous address, Andy relived the charity raising rides undertaken by the Bacta bikers over the years, incapsulating Dave’s leadership, dedication and enthusiasm in raising donations for worthy causes.

A notable part of the celebration of Dave’s life was a montage of photographs taken of him during memorable moments in his life, shown on a tribute screen and accompanied by Kenny Rogers singing ‘The Gambler’.

There followed the reading of three amusing poems of which two were written by Dave – demonstrating yet another talent – prior to the committal and a closing poem. Dave’s lovely wife, Di, led family and friends from the chapel to the strains of ‘Time to Say Goodbye by Andrea Bocelli and Sarah Brightman.

I’m sure I speak on behalf of everyone who knew this great man that he leaves a legacy of epic proportions. Dave, you will be sorely missed but never forgotten. RIP my friend.”