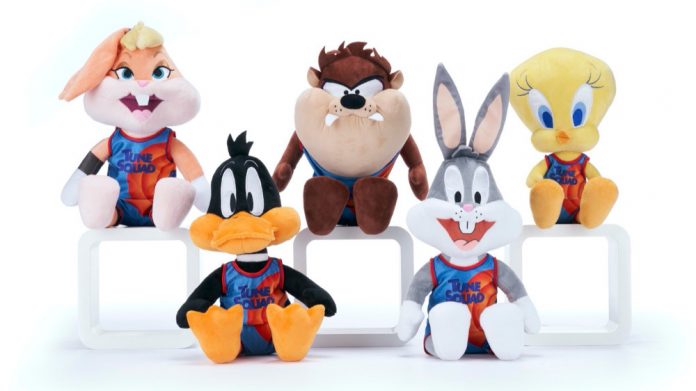 Whitehouse Leisure has unveiled its latest range of licensed plush toys, released to coincide with a slate of upcoming family-focused films.

The supplier has confirmed delivery of Croods 2: A New Age, Space Jam: A New Legacy and Vivo merchandise, ahead of their screen premiers this summer. “A box office hit that is entertaining all the family this summer at theatres nationwide is The Croods 2: A New Age, with an audience score of 94 percent on Rotten Tomatoes, Whitehouse Leisure are on hand with an assorted range of licensed character plush toys that are available to buy now,” said a spokesperson.

“25 years after the original movie stormed the global box office, Space Jam: A New Legacy has just been released and following in its footsteps it is proving to be just as popular for families and young adults.”

The firm is also offering merchandise from the newly-released Sony Pictures animated musical comedy, VIVO, which has inspired a two-piece gift plush assortment.

“Looking ahead to October’s movie slate, but with stock available for you to order now to secure yours, Whitehouse’s licensed range of L.O.L Surprise plush, toys and gifts are sure to drive sales for the new Netflix movie release on 15 October.”

“In addition, the DreamWorks Animation sequel, Boss Baby: A Family Business is arriving in the UK theatres this October.”