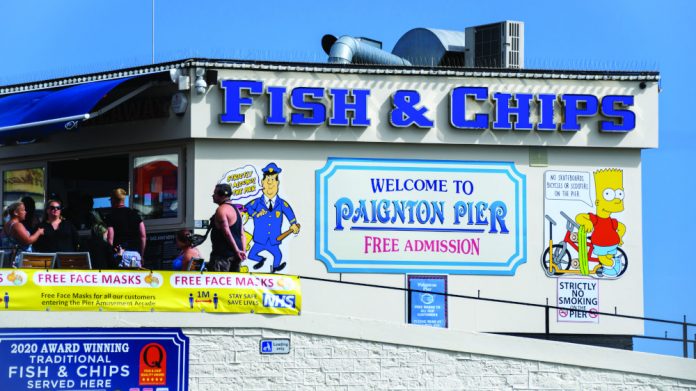 The boom in ‘staycation’ holidays will provide some much-needed respite for the UK’s travel and hospitality sectors, with regions such as West Wales, Devon, Cornwall and the Lake District benefitting most – but cities including London and Manchester losing out – according to new research published by the Resolution Foundation.

The Resolution Foundation’s report, Football went to Rome, holidays came home, finds that, compared to other European countries, the UK will benefit significantly from the switch to staycations, due to the comparatively high proportion of British people who typically holiday abroad and spend far more doing so than overseas tourists spend in the UK.

To illustrate the winners and losers from the staycation trend, Resolution Foundation analysis shows that if all tourists across Europe replaced their foreign holidays with a holiday in their own country, annual spending on tourism in the UK would increase by one sixth to a total of £30.5 billion.

That would be associated with 300,000 extra jobs in the hospitality industry. The contrasting fortunes of the staycation rise across Europe are also playing out within the UK itself, where the main beneficiaries will be rural and coastal areas popular with domestic tourists.

The Foundation’s analysis shows that in Cumbria 85 per cent of the total nights spent in the region’s tourist accommodation were taken by British tourists before the pandemic. The situation is similar for Cornwall and the Isles of Scilly (where 83 per cent of nights spent in tourism accommodation came from UK-based tourists), Devon (78 per cent) and West Wale s and the Valleys (79 per cent).

The report argues that the staycation boom will provide vital relief for the UK’s travel and hospitality sectors, which have been at the heart of the Covid-19 economic crisis. This impact has also disproportionately hit younger workers, the Foundation says, due to the high numbers of under-25s typically employed in these sectors. Under-25s normally fill one-in-four tourism jobs, compared to one-in-ten jobs in the rest of the economy.

Nye Cominetti, Senior Economist at the Resolution Foundation, said: “An expected boom in ‘staycation’ holidays will provide some much – needed relief for the UK’s hospitality industry this Summer.

“But while a not her staycation summer will help to reduce the UK’s £30.5 billion trade tourism deficit, the hospitality sector – and the near two million workers employed in it – still face huge challenges going forward.”