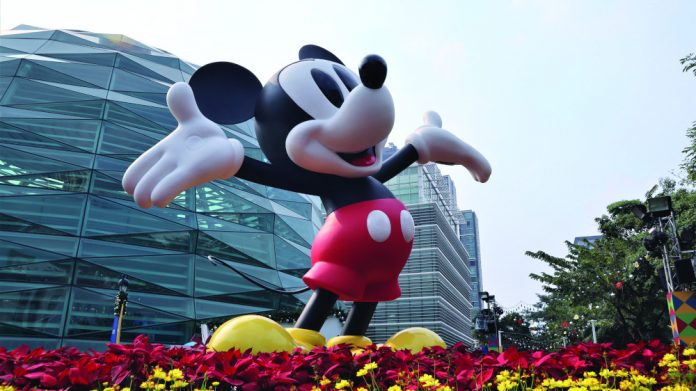 Mickey Mouse decisions, avoiding the harsh lessons of Covid and running away from our responsibilities are all part of this week’s Off The Record rant.

COVID OVER BY AUTUMN – DON’T BE SO SURE

Just days after telling the country to brace for 100,000 new Covid infections a day, Professor Neil Ferguson of Imperial College conducted a spectacular U-Turn informing everyone that he now expects the pandemic to be over by the autumn!

When the esteemed and probably most pessimistic of the new breed of rock star scientists is telling the country to hang out the flags such optimism is itself infectious. However, I think it’s all a little premature. Perhaps it’s because I am a battle- hardened arcade operator but I can’t help but feel there’s a nasty sting in the tail of Covid-19. Certainly, the legacy of the pandemic remains extremely bad for business.

For every two enjoying the freedom of being able to attend a night club there’s another 20+ who are still fearful of leaving the safety of their own homes – and they are not all elderly.

Lots of young people are choosing to stay in rather than risk catching the virus and being forced to isolate. To a certain extent I think the government machine is nudging us to behave in a certain way. Last April the emphasis was on the consequences of catching Covid and how to avoid doing so, now the focus is on being sensible but also returning to the office and re-establishing a return to normal. Communications is a powerful tool and perhaps we shouldn’t be surprised to learn that people are pulling our strings to a degree at least.

DELAYING THE PUBLIC ENQUIRY IS JUST A CASE OF SAVING FACE

I think that delaying the Public Enquiry into the handling of the Covid crisis is a disgrace – but should we be surprised at this latest piece of political manoeuvring?

The government can argue that there’s no value in carrying out the enquiry until Covid is over but not doing it this year doesn’t look at all good for Boris.

In fact, it looks as if he’s got something to hide and like former adviser Sir Jeremy Farr, who runs the Wellcome Trust, one of the world’s largest philanthropic organisations, claims there is no reason other than political concerns and a desire to protect reputations to delay the enquiry until next March.

The point that a lot of scientists are making is that Covid is not a one off and that we should be preparing for much more deadly and devastating viruses – to do so we must all start the process of learning the lessons of the past 18-months in order to prepare for the future.

Those lessons must start now rather than simply kicking the ball into the long grass, a bit like the Chilcott enquiry.

This is where we need an effective opposition – one that will hold the government’s feet to the fire rather than always agreeing.

WHEN DISNEY GETS SERIOUS ABOUT MANDATORY JABS, IT’S NO LAUGHING MATTER

The argument against making jabs mandatory is that it infringes on our civil liberties and there’s been considerable push-back from Conservative Party MPs. It’s a difficult situation for employers. I know of someone in the industry who checked out an otherwise strong candidate and found a raft of anti-vax comments on the individual’s social media.

They didn’t get the job – and you can understand why as it would place customers at risk.

The issue is even more complicated when it comes to existing contracted staff.

I think the business world will be looking to see what happens in Corporate America and perhaps to the UK law courts for some guidance – because it can’t be long before there’s a test case.

THE UK HAS A MORAL DUTY TO AFGHAN INTERPRETERS

I’m perplexed by the toing and froing that’s taking place regarding the arrival of those who helped the British armed forces in Afghanistan many as interpreters. I read that a little over 2,000 Afghan nationals and their dependents have been offered sanctuary in the UK – which I think is something to be proud of.

However, that leaves another significant number of which the Home Office, led by Priti Patel, is uncertain about.

Of course, there will be some who will be trying to get into the country on false pretences – but equally as the bureaucratic machinery grinds on it will also leave others vulnerable to the murderous outrages of the Taliban keen to exact revenge on those who are regarded as being traitors.

The UK has a moral duty in the same way that we had a moral duty to the Gurkhas. From a pragmatic point of view there’s an estimated 3,000 waiting for resettlement in the UK – which to give some context is less than half the 8,500 migrants who crossed the channel in small boats last year alone.

NOW WE’RE SCARED OF BEING PINGED!

Being pinged is curtailing the way people behave but more importantly it’s undermining any trust the population had in the test and trace system – which at £32bn must be considered the worst use of public money on record!

While the majority of people are responsible and law abiding, there are a growing number that simply don’t use the app.

If you are a Civil Servant and you get pinged it doesn’t really matter – it’s just another ten days at home with your feet up.

However, it’s a completely different kettle of fish if you are paid by the hour or if you are running a small business such as an arcade. Walk a mile in my shoes springs to mind.

The Olympics has always had a crop of new sports and this year’s introduction of mixed relay teams, BMX and Skateboarding have been a welcome addition – much more exciting than small bore rifle shooting for example!

The only thing with the more accessible sports such as skateboarding is that the participants are so young!

The podium for the skateboarding featured a 13-year old and an 11-year old – making it look more like a School Sports Day than an Olympic Final!