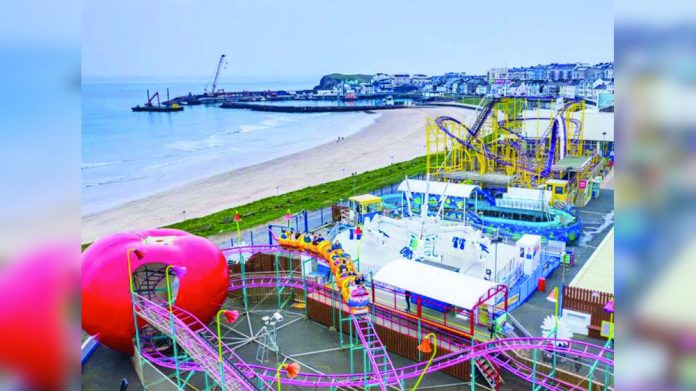 Plans to see Barry’s Amusements sold as “a going concern” are reportedly at an end, after it emerged that the 95-year-old Portrush landmark is in the process of being acquired by property developer Martin Herbert.

The BBC has reported that Barry’s Amusements has been sold to Northern Irish property developer Martin Herbert for a figure estimated to have exceeded the £2.75m asking price.

Though the Trufelli family told the Belfast Telegraph that “a deal had yet to be finalised,” the sale is likely to prove the end of Barry’s 95-year history as an amusement park.

“The 2.23-acre site in the seaside town was put on the market in November 2019,” reported the BBC on 2 July. “The Trufelli family, which owned the venue since it opened in 1926, had originally hoped it would be sold as a going concern.”

“However, it was remarketed as a development opportunity in May 2021. It is understood to have attracted significant interest from developers and made more than the asking price.”

Announcing the decision to advertise the Portrush landmark as a development opportunity earlier this year, the Trufeli family stated “we recognise that it may not be possible to find a suitable purchaser.”

“As a result, we have appointed Savills and Philip Tweedie and Company to market the site as both a going concern and a development opportunity.”

Following the move, a feasibility study was drawn up that proposed redevelopment of the fun park as a 120-bed hotel, 23 homes, or a combination of the two, “in addition to leisure and recreational facilities.”

“We expect demand to be strong due to the potential that this site offers,” said Neal Morrison, director of joint agent Savills Ireland at the time.