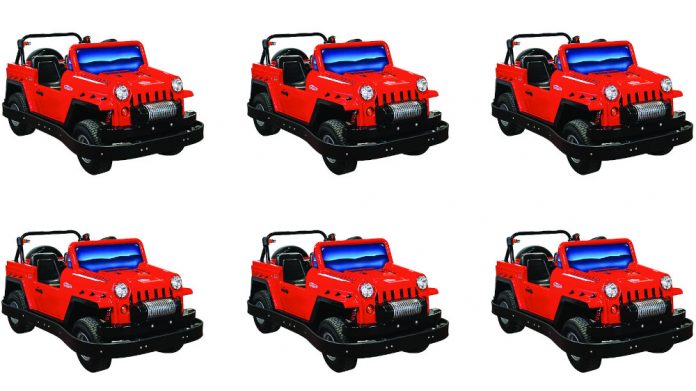 World of Rides has announced the latest in its line of Big Car rides, launching a new version of its 2WD Outlander Driving Experience featuring double the power output of its predecessor.

Designed and manufactured during lockdown, the new ride is available on a short delivery timescale, allowing operators to have the new attraction up and running in four-to-six weeks.

“The increased power allows it to run on most non-smooth outdoor tracks, such as dolomite, short grass, woodland trails and tracks with slight inclines, which no other manufacturer has previously been able to produce successfully,” said GM David Robinson.

“The large twin-seat ride can also be run as an off-road driving school, as it is built with a fully working dashboard with ignition key to start, with operational seat belts, horn, headlights, direction indicators, accelerator and brake pedal with rear brake lights.”

The extensive set of features allows the new model to be used as an “edutainment attraction” with either coin-operation or a remote stop/start system for younger children, backed by an upgraded transmitter powered by lithium batteries and boasting its own plug-in battery charger.

“Bespoke theming is available, and the cars have built-in safety barriers fully surrounding each vehicle. They are CE tested and have a 12-month back-to-base warranty, along with full HSE-BACTA-ADIPS documentation.”

“UK operators that have already ordered them are asking to run them on a price-of-play of £3 a ride for the very first time, using tokens to alter the price of play during the various seasons.”