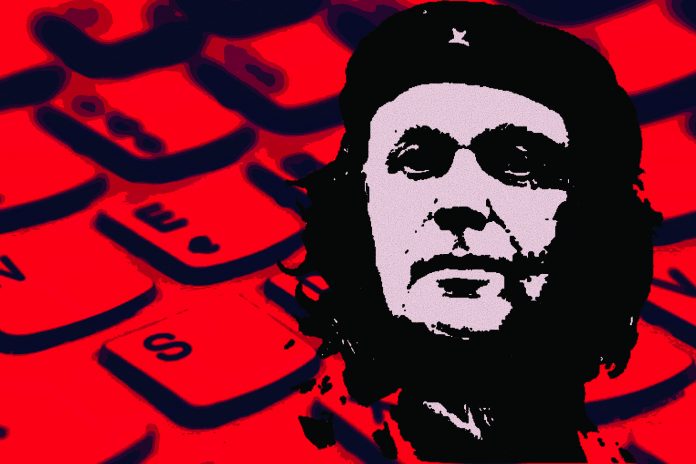 Perhaps there exists somewhere a ‘sliding doors’ alternative universe where Iain Duncan Smith resisted internal party wrangling, demonstrated hidden depths of charismatic competence and led the Conservative Party to power in the 2005 General Election, mulls Paul Leyland of Regulus Partners. If so, it seems likely that the State might now resemble something between the Rule of the Major-Generals and George Orwell’s Airstrip One.

This week, the former leader of the Conservative Party unveiled plans for the creation of a vast system of surveillance of British citizens in order to control gambling. The proposals, put forth in a report by Duncan Smith’s think tank, the Centre for Social Justice (the ’CSJ’) involve the establishment of a central authority to oversee every single gambling transaction in the nation (with access to the bank accounts and credit histories of all citizens) and the power to determine which of us may and which of us may not gamble. The data collected could no doubt feed into who really does deserve Universal Credit.

Under Duncan Smith’s plans, the machinery of State would ensure that banks track every 2p coin inserted into every ‘pusher’ at every seaside arcade, every lottery ticket purchased anywhere in the country and every ‘fiver on the nose’ from Aintree to Ascot to Ayr. Every consumer making any cash-based gambling transaction would be required to key in a Personal Identification Number to ensure monitoring (alongside remote gambling transactions). A central ombudsman would be responsible for reviewing this data (along with salient banking information, such as whether an individual had missed a payment or perhaps terminated a gym membership) in order to determine the permissible bounds of wagering. Such decisions would be made through a combination of Artificial Intelligence and – where necessary – the whim of an ‘expert panel’ in permanent session (seemingly, a cross between the Magisterium and the Pools Panel).

Once made, the ombudsman would hand down decrees to every single gambling site or app, bingo club, betting shop, casino, arcade, pub, club and National Lottery retailer in the land (in a bizarre nod to token liberalism, ‘red flagged’ consumers would still be able to make bets and banks required to honour them – with responsibility for curtailment resting solely with operators). Every citizen falling foul of the ombudsman would presumably have his or her details circulated to around 100,000 retailers nationally.

The report offers no impact assessment, no costings, no clear targets, no system of evaluation and no discussion of unintended negative consequences. And yet it is dressed up as policy. There is simply a demand (from Carolyn Harris) that the measure must be introduced immediately. With curious disdain for democratic process, any “further delay” is branded “inexcusable”. Not all politicians recognise the value of DCMS’s “evidence-based’ approach and dangerously these MPs tend to be the most vocal. Harris’s support for these measures should also give caution to those stakeholders hoping that by throwing some sectors under the bus they may save their own: the forces with which they deal are more sweeping and far less likely to be tamed or “bought off” than that. Appeasement tends to end badly, especially when the motives are cynical and the consequences are not thought through.

The consequences of IDS’s proposals would be far-reaching, requiring substantial investment to equip every gambling point of sale (including all gaming machines, bingo positions, casino tables and every society lottery ticket retailer) with chip and pin technology. Somehow, the system would need to be able to record cash winnings as well as cash staked. It is unclear which bank or banks would need to be notified about the cash transactions and how they would reconcile them with cash withdrawals (e.g. from an ATM) or winnings redeposited in accounts in order to avoid double-counting.

The impact on operators of land-based gambling venues – emerging from a succession of lockdowns into an uncertain future – would likely be huge, and for some (probably many) existential. In the first instance, there would be a requirement for substantial capital investment (capital that many operators simply don’t have) in order to comply with the system. In the second, it is likely that many customers (whose interests do not appear to have been considered) will find the process inconvenient and the intrusion unwelcome – and so will seek their kicks elsewhere. Enforcement by operators would be complicated to say the least; and there is every chance that it would lead to a rise in criminality as individuals seek to evade state tracking. Put simply, a large part of Britain’s licensed land-based gambling industry would be unlikely to survive the imposition of the policy. Tellingly, the segments least likely to be relevant to IDS’s underlying aim: seaside arcades, high-roller casinos and oncourse betting, are likely to be the worst hit, while carve-outs would make a mockery of the proposed “system”.

From a remote perspective, while the single view of the customer might be easier to deliver centrally and has greater conceptual merit, it still represents a minefield of privacy and efficacy issues. The highly intrusive and heavy-handed solution is clear. The unintended consequences of significant black market growth as customer avoidance turns into outright evasion is also clear (and not this time crying wolf: see previous blogs and WP articles on affordability). The only remaining question is what problem the solution is trying to solve. Earlier this week the Gambling Commission quite rightly focused on putting a stop to examples of clear unaffordablity: a problem for which a range of mitigation and prevention mechanisms already exist but which requires more focused operator-regulator engagement and enforcement. IDS’s eye in your pocket does not address this. The significant growth in mass market participation in online gambling has not grown overall gambling expenditure in real terms or increased absolute or proportionate numbers of problem gamblers. No evidence has been presented as to what problem is being solved or how intrusion solves it. It is possible that IDS sees gambling as unchristian, or that poor people need enhanced supervision but can’t be targeted for political reasons, but these are opinions best tested at the ballot box rather than presented with the veneer of technocratic competence.

The ham-fisted logic of it all would require massive investment in consumer surveillance only for much of the machinery to be made redundant as land-based gambling businesses collapsed. Once established though, the system could be used to monitor citizens more widely – the purchase of beer and pizza perhaps, the viewing of pornographic material or the articulation of dissent. There may therefore be opportunities to expand surveillance into other industries.

As we have written before, the widespread application of the ‘prohibitionist’ tag – often to sensible, serious reformers – is unhelpful and lazy. At the same time, it is underhand to mask intolerance as moderation (in his foreword to the report, IDS describes the proposed actions as “conservative”; perhaps in the same way as stocking your bunker with automatic weapons and tinned food is “conservative”). The gambling policy debate has been polarising for some time now – but the publication of the CSJ report appears to have created a clear line of demarcation between those who wish to reform gambling and those who wish to push it into the sea. The government has a clear choice: listen to the evidence or listen to the preachers. Which approach has the ear of Number 10 and the ability to survive Parliament will decide the shape, size, safety and fairness of the UK gambling sector for a generation.