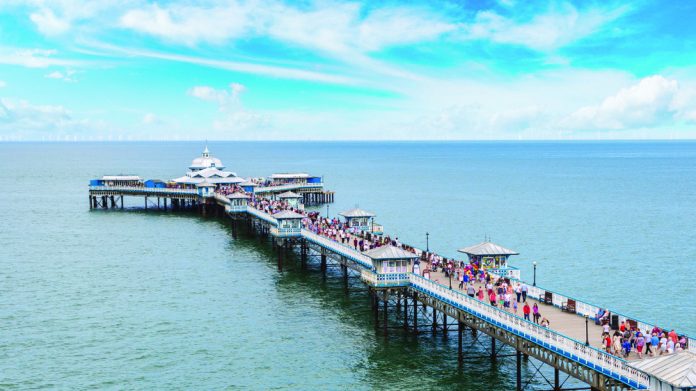 UKHospitality Cymru and North Wales Tourism have called for “patience and tolerance” from hospitality customers, after Llandudno Pier spoke out about increasing abuses on staff.

Following the recent statement from Llandudno Pier highlighting the abuse levelled at staff by customers angry over restrictions, tourism bosses have come forward to encourage “a little more patience and tolerance” from hospitality customers.

Pier owner Adam Williams stated he was “saddened and shocked” by the behaviour of visitors on the weekend of 17 July, prompting North Wales Tourism and UKHospitality Cymru to join calls for greater understanding from guests.

“It is sad to learn that some staff in one of the hardest-hit industries during the pandemic are being subject to abuse,” said NWT CEO Jim Jones. “The job is hard enough as it is and we are already experiencing a huge skills shortage, so the last thing we need right now is this type of attitude, targeted at staff.”

“People just need to have a little more patience and tolerance and remember what we have all just come through.”

One visitor to Llandudno Pier last week had reportedly screamed “you should hire more staff!” during a busy period, despite the venue – like all Welsh hospitality businesses – still operating under the strict regulations now lifted across England.

“Our front-facing staff are trying to adhere to Welsh Government law in a climate where there may be cross border confusion about status and implementation and they do not deserve such inconsiderate and unpleasant experiences in their job,” said UKHospitality Cymru executive director Dave Chapman.

“We have many family businesses, community businesses and a lot of jobs staffed by our sons and daughters in the communities of Wales and I would appeal for more tolerance and consideration for people just trying to help everyone have a good time in difficult circumstances.”

The issue comes as the hospitality industry continues to suffer ongoing staff shortages, exacerbated by Brexit, self-isolation rules, and a declining interest among young people for jobs in the sector.

Speaking to ITV, Williams stated “we’ve got such a shortage of staff in the hospitality industry, and everywhere else.”