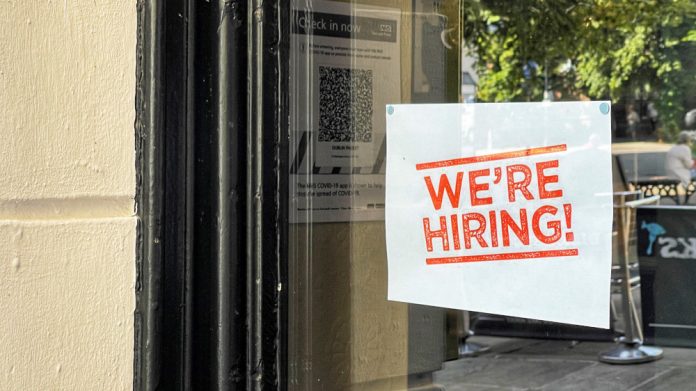 The message to the UK’s political elite is pretty stark: you’re underestimating the problem of staff shortages – at our peril. The lack of staff at operations around the amusements and gaming sector is very real. Coinslot speaks to a range of operators and discovers a unity – “recruitment has been hard and will get harder”.

If you thought the national staff shortage stories currently doing the news rounds were just media hype, then think again. There’s a staff shortage problem coming to a hospitality venue near you right now.

“We are around 8 percent short across the high street business,” MERKUR UK’s general manager Sascha Blodau told Coinslot this week. And that’s a lot of people; MERKUR operates over 180 AGCs around the UK, one of the largest high street footprints in the sector. “There is no geographical differentiation; it’s across the board,” he noted. “This is a growing problem,” he warned.

But size is of no import in this testing challenge for the hospitality sector; staff shortages are being felt in all operations of all sizes. Of a dozen quickfire enquiries made by Coinslot around the industry this week, all but one recounted significant issues on staff recruitment, and that one, Luxury Leisure, is certainly factoring the issue into its immediate plans, with CEO Tom Allison confirming: “We’re making the necessary adjustments to our recruitment process to be able to hire successfully through digital and non-digital means.”

Clacton Pier’s Elliot Ball was among the first to highlight the problem – five weeks ago he issued a press release with a stark warning to the sector that this crisis was on the horizon. And it has continued for the innovative pier operation. “This has been a major issue for us since we came back after lockdown,” he stated. “We have a number of vacancies – full and part-time – which we are struggling to fill.”

Why? For Ball, one answer is a localised issue: “Seasonal staff who normally return year after year have been looking to other employment which they believe is more reliable. They feel that the industry is the first to suffer whenever there is a lockdown even though we have measures in place which help protect jobs.”

Whilst it’s part job security in Clacton, it’s bigger issues in Brighton, the kind that is hitting the bulk of British business in hospitality and haulage – Brexit.

Anne Ackord, managing director at Brighton Pier Group, has seen the Brexit factor play out in her operations across the board. She explained: “Staff recruitment has been hard and will get harder now the EU staff aren’t coming. We are a skilled workforce and should be treated as such in the sense that we should not face barriers to allowing EU staff to work if needed.”

Ackord’s experience is one echoed at the trade association Bacta where chief executive John White has been listening to members concerns on the staff shortage problem for several weeks now. “I am hearing that this is increasingly a problem,” he explained. “With large numbers of East European workers having gone home and not returned post- Brexit/pandemic, and with lots of job opportunities in the market place, plus a reluctance of some people to return to work, there is genuine difficulty to get enough staff.”

And the practicalities are not good for some Bacta members as he noted: “This has meant lots of overtime for those working, but also shift reductions and even shop closures when the situation, coupled with the pandemic, makes it impossible to open.”

For Jason Frost, both Euromat president and a UK arcade operator, his experience is pointing to additional factors. “Staff shortages is a huge issue for our industry,” he said. “We are 50 percent down in staff numbers and I have been recruiting online and in the papers. Where I would normally have had 20-30 applicants in a week, in three weeks I’ve had 9!”

But, interestingly, the Brexit factor is not playing out in Frost’s operations, as he explained: “We have never employed foreign staff, for no reason – we just haven’t had many apply historically, so it can’t just be a Brexit thing.”

But there is a combination of factors forcing staff shortages around the sector, and it’s a frustration as much as a restriction.

Michelle Michael at the Grand Pier in Weston sees it as another hurdle that operations have to overcome on the roadmap to recovery. “Since re-opening it’s been very difficult to recruit and we have seen many people accepting offers and then declining or ghosting you when you try and contact them,” she said. “It’s a huge waste of business time and it’s very difficult to gear up for a busy season when you have these difficulties.”

But for the single site seaside operator – and it’s some single site – Martin Richardson’s Happidrome Arcade is busy with staycation fever and with an impressive new ice cream parlour to boot. More on offer but less staff to help out.

Richardson’s voice is one that will resonate with many, it’s a response of sheer exasperation. “Don’t even go there,” he told us when asked about the issues of staff shortages. The Happidrome experience is a combination that symbolises the plight of many seaside and hospitality businesses – a cocktail of UK staff hit by Covid, foreign staff hit by Brexit and the new Pingdemic: “99 percent of the younger staff are a nightmare, all mine got pinged. The uni students that we have for the summer have all been doing revisions and catch ups because of the covid effect on term times and loss of teaching. And Brexit F up the foreign students and workers.”

The Richardson solution? “Basically, I’m paying myself a wage this year and working bloody hard to earn it.”