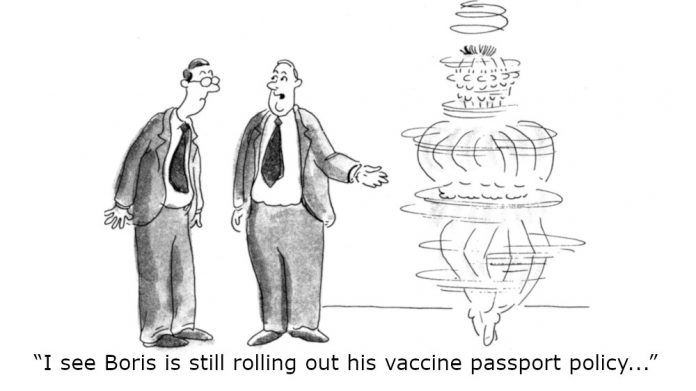 Government must act on labour shortages

Computer says ‘no’ approach to staffing will drive inflation.

If you believe the official labour market figures, the newspaper headlines or the first-hand feedback from brow-beaten gaming and amusements’ operators then the country is indeed facing a monumental employment crisis the likes of which has not been seen for close to 25-years.

The irony of this is that when Britain voted to leave the European Union back in 2016 the referendum was won in no small part due to a pledge to end the right of European Union citizens to work in Britain yet the prime driver for the current crisis is – you guessed it, a shortage of EU workers.

Many of those EU citizens who left Britain due to the Covid rules restricting the opening and operation of arcades have decided not to return put-off by the insecurity of the sector, its vulnerability to stop start government policy as well as the quarantine regulations that exist for in-coming workers.

Under post-Brexit rules EU citizens wanting to work in the UK are treated the same way as every other in-bound worker. Gone are the free movement rights to work in Britain, instead they need to have a concrete job offer and one with an income that’s considered by the immigration and home office authorities that’s sufficient not to draw on the social security system.

The upshot of a labour shortage such as the one we are experiencing is bad for the economy and horrendous for the arcade sector in particular. On a macro-economic level, it raises wages which if passed on to consumers will fuel inflation which in turn may force the hand of the Bank of England to raise interest rates.

As we’ve highlighted on numerous occasions, the big issue for our sector is of course that increased costs cannot be passed on in the form of an increase in the price of play, thereby taking money off the bottom line.

The alternative is to reduce running costs by keeping premises closed or reducing opening hours. The costs of having a smaller economy are also bad news for the Treasury in terms of reduced tax receipts. As the economy screams out for more workers, the calls for the Government to relax visa barriers for hospitality workers will grow louder and louder.

It’s restitution not a rebate

The industry is getting its own money back from HMRC. But some, such as The Times, are not satisfied. Apparently, you’re all ‘cashing in’ on a VAT rebate.

The Times kept the Olympic torch for anti-gambling burning bright at the weekend with a hostile story on bookies cashing in on a VAT rebate.

It was a typically emotive report, designed to shunt the government off the track of liberalising gambling regulation. The language used was reminiscent of the FOBT war – in fact, it was identical. But with an important difference; it was misleading, and dangerously so.

As we all know, it’s not a rebate or a refund – it’s restitution. A return of the bookies and many of Coinslot’s readers’ own money – after upwards of 20 years fighting to get it back.

A rebate or refund suggests that the money should have been taken by HMRC, and that you’d just overpaid and were entitled to some of it back.

That’s not the case here – and The Times should know it. This money, and the Upper Tribunal and First Tribunal have both ruled on it, was never due on these machines. And this money is your’s, was your’s and should never have been taken from you over the 13 years in question, and forced you into fighting so hard to get it back in the subsequent 8 years after tax rules changed.

Which is exactly why the money is coming back with interest – and rightly so. But the anti-gambling community’s PR battle is back on centre court for the hearts and minds at DCMS; and give them their due, these prohibitionists know how to lobby.

They don’t need fact or evidence to convey their message – and there are numerous media outlets lapping it up and joining the virtue signalling bandwagon.

Which is ironic really considering that many of these media outlets have made millions from adverts from bookies on their websites and run their own gaming and gambling offerings. Never mind, editorial integrity and all that shit – that’s what matters! Oh, and tapping into the cash cow of gambling companies’ marketing budgets when you can.

The Times article will be widely read and the tenet picked up by many an ill-informed MP, who also like to virtue signal.

Well, they need to be told the article is wrong.

As so do some of the industry’s own media which has picked up on the Times and run with lines such as: ‘the surviving independent bookies in the UK will most certainly cash in HMRC’s tax rebate’; ‘it remains to be seen how gambling PLC businesses will approach the delicate matter’; ‘bookmakers tread careful path on HMRC FOBTs rebate’.

Why would you tread carefully? The money should never have been taken from you in the first place.

How can you be cashing in? The was money was your’s – and two judges have determined that.

And why should you worry about how you approach the matter? The money has been out of your pocket for nearly 20 years in some cases – how frigging delicate would The Times or the prohibitionists be if someone held on to their money for two decades.

And so it seems to be in the anti-gambling PR campaign strategy.

Waltham Forest councillors have decided to defy licensing rules and reject an application for an AGC on Leyton high road. It’s to protect the vulnerable. So, who’s protecting the applicants who are vulnerable to misguided councils?

The disappointing experience for Chongie Entertainment in its licence application to Waltham Forest Council this week is one to remember. Hopefully, they’ll appeal and get the councillors’ decision overturned – which will cost local taxpayers unnecessary money, and the extra costs and prolonged process will only dent Chongie’s efforts to help bring footfall back to Leyton high road and their business.

With the government unveiling its strategy to regenerate Britain’s high streets, there’s an unnerving declaration in Robert Jenrick’s announcement. He stated: “With more funding for town centres and powers for communities to take a stake in their local area, we are delivering on our commitments to level up and put power in the hands of local people.”

Well, that’s great in principle – but it also means the Leyton effect. And that’s not good for the industry.

For some strange reason, these myopic councils are desperate for entertainment and hospitality to pump money into the local economy and revive their communities, but AGCs don’t seem to fit into their ‘leisure and entertainment’ box.

This is a battle coming to a high street near you very soon and on three fronts: winning the hearts and minds of local people; gaining the trust and respect of our political classes; and countering the disinformation of an anti-gambling and prohibitionist lobby where evidence and facts are just irritating obstacles to their cause.

Chongie should fight this decision all the way; and the rest of the industry needs to pursue a charm offensive on the streets where you operate, in the local community and with your local MPs.

This is not just a battle; it’s an investment in the future of your businesses and industry.