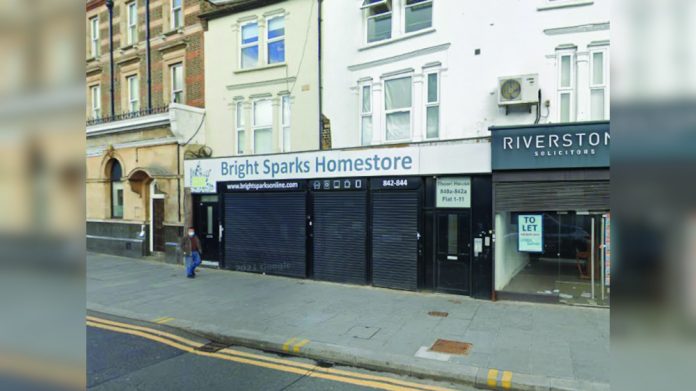 Plans for a new AGC in Leyton submitted by Chongie Entertainment have been rejected by Waltham Forest Council, stating the venue would pose “harm to vulnerable adults.” It’s a decision that will disturb the industry, and probably the law courts too.

In a move that undermines the licensing rules, the application from Chongie Entertainment to convert a vacant Bright Sparks unit into Little Vegas, councillors decided to object on the grounds of gambling harm.

“Although an adult gaming centre may be different in terms of its clientele and layout, it remains – essentially – a source of gambling,” reported the licensing committee.

“The sub-committee considered that granting it a licence would not reasonably be consistent with the licensing objective, as it would pose clear harm to vulnerable adults.”

Rejecting the proposal, councillors cited the recent 218 percent rise in unemployment in Leyton, as well as the fact the authority is currently housing 400 homeless people in the area.

However, speaking during the 14 July decision meeting, Chongie representative Byron Evans stated the links between AGCs and “potential problems with vulnerable people” are “miniscule.”

“Betting shops can have up to four games machines, on top of over the counter betting, which has no limit on the amount of money you can spend. You can go into one of the betting shops in Leyton and just sit and watch TV. There’s no reason to just go and sit in an AGC.”

“People have perhaps a genuine misunderstanding of how an AGC operates. Staff are trained to circulate on the shop floor… and would intervene with customers should there be any particular reason.”

Adding that staff are also trained to identify the “tell-tale signs” of people suffering from gambling-related problems, Evans noted “there’s the potential to exclude people if they identify themselves as having an issue for six to twelve months or even after that.”

Despite the reassurances, and the fact the Metropolitan Police made no formal representation, Councillors agreed to dismiss Chongie’s proposal.

“After deliberating, councillors decided today (Monday) to reject the application, citing their concern for the vulnerable adults of the area,” reported the Waltham Forest Echo.

“They wrote that, despite hearing evidence about Chongie’s policy to refuse service to problem gamblers, they felt “it was not clear how the applicant would effectively identify” them.”

Bacta’s John White was perplexed by the decision. Talking to Coinslot about the decision, the trade association chief executive observed: “How you can argue that the best way to comply with the licensing objectives is by not allowing gambling at all is beyond me. It’s like saying I can cure all disease by shooting everyone.”