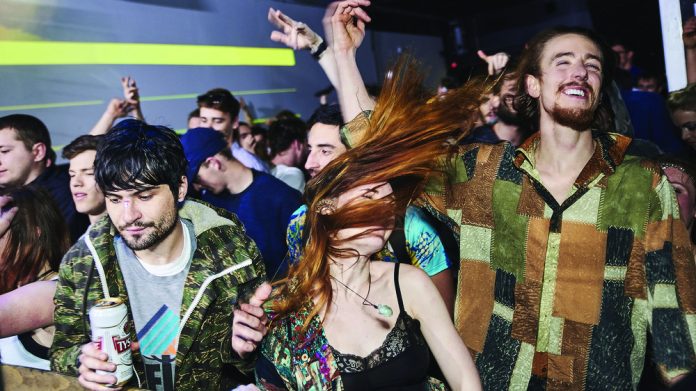 In what Night-Time Industries Association boss Michael Kill calls “yet another chaotic U-turn”, Prime Minister Boris Johnson has announced the government’s intention to implement a vaccine passport for nightclubs – and potentially for pubs. Anyone else on conveyor belt?

Boris Johnson has announced government plans to make full vaccination the condition of entry to nightclubs and other venues where large crowds gather.

The Prime Minister added that proof of a negative test will no longer be sufficient for would-be clubbers, confirming the night time industry’s worst fears regarding the implementation of a vaccine passport. Night-Time Industries Association boss Michael Kill described the government’s move as an “absolute shambles”.

“So, ‘freedom day’ for nightclubs lasted about 17 hours then,” he said. “The announcement from the Prime Minister that Covid passports will be made mandatory for nightclubs in September comes after his health secretary said only one week ago that they would not be compulsory.

“Leaving aside the fact this is yet another chaotic U-turn that will leave nightclubs, which have been planning for reopening for months, will now have to make more changes to the way they operate – this is still a bad idea.

“[Some] 80 percent of nightclubs have said they do not want to implement Covid passports, worrying about difficulties with enforcing the system and a reduction in spontaneous consumers, as well as being put at a competitive disadvantage with pubs and bars that aren’t subject to the same restrictions and yet provide similar environments.”

“The Government’s own report into vaccine passports found they were more trouble than they’re worth – so what could possibly explain the about turn, just as millions across the UK experience their first taste of a night out in a year and a half…?”

VACCINE PASSPORT FOR PUBS NOT RULED OUT

The vaccine passport twist and turn, twisted once again for pubs this week. Fresh off the bat of one U-turn for the nightclub sector, the Prime Minister’s spokesperson did not rule out the introduction of vaccine checks in pubs when asked by journalists.

“The Prime Minister talked about the sort of areas we were considering, and nightclubs are where there is significant evidence we have at the moment,” said Boris Johnson’s spokesperson. “But we’re going to use the coming weeks to look at the evidence, particularly both in the UK and globally before making a specific decision.”

The spokesperson also responded to a question that asked if plans for a vaccine passport would be scrapped if vaccine uptake among young people increased. The answer was….inconclusive. “This is the policy that the Prime Minister has set out and this is what we will be introducing by the end of September,” the spokesperson added.