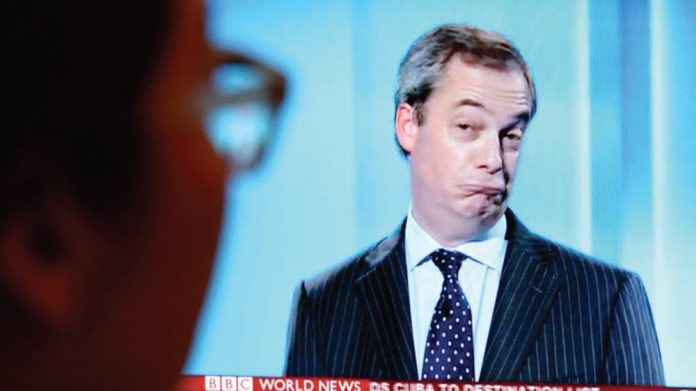 What’s with the fetish for Covid Passports, why government should listen to Kate Nicholls very carefully and how Tim Martin is countering dogma with the facts.

THE INDUSTRY WON’T SURVIVE ANOTHER LOCKDOWN

Kate Nicholls, the boss of UKHospitality has had what people have started to refer to as a ‘Good Pandemic’ which is a bit like saying you’ve had a “Good War’. I’ve talked about it before in OTR, but she’s succeeded in getting her message across, she speaks with passion but control and the media love her.

So, when she says that she fears the hospitality sector will not survive a fourth lockdown government and the powers that be should listen and take note.

If there is a fourth lockdown then there will be an awful lot more business casualties to add to the list and it won’t be the big businesses that go under but the smaller independent companies that will go, many of which are family run enterprises.

The loss of independents is a disaster for those people who have put their heart, their soul and their life savings into them as well as those who earned their living from them.

However, it doesn’t end there – because it also represents a sad day for society with more choice ripped from the high street leaving big corporates and little else save discount stores and charity shops.

DON’T PUT US IN THE FRAME FOR RISING INFECTION LEVELS

Thought leaders have expressed huge concern that the industry will be scapegoated for being the source of the inevitable rise in infections that go hand in hand with the removal of the lockdown regulations.

Tim Martin, someone who has never been known to duck a fight, has always defended the pub sector against the claim that it has been responsible for outbreaks.

He said that Wetherspoon with over 50 million customer visits, recorded through the Test and Trace system, went through the second half of 2020 without a single reported example of an outbreak.

I’m convinced that the government machine has gone into overdrive trying to control the British population through fear and that all forms of hospitality from arcades, to fecs, bingo clubs, restaurants and pubs have all been scapegoats in the past 16-months and will continue to be.

Will any of the dark arts used by the government to control the popular mood come out in the promised enquiry – my only advice would be don’t hold your breath!

The simple and straightforward answer is no he can’t. I tuned into GB News and expected an awful lot more from a station that featured Andrew Neil.

Even if you don’t agree with his politics the former Editor of The Sunday Times is a respected journalist, but what I saw of GB News was appalling from the quality of the set, the basic technical issues through to the content.

It was GMTV meets Lorraine rolled into one big fat mess. I think the more news channels the better, but I can’t see even Nigel Farage, the darling of the Brexiteers, getting the GB News target audience to tune in.

And what’s happened to Andrew Neil – he’s taken a sabbatical in his French villa after a mere fortnight in the hot seat!

It took the PM and his Chancellor an excruciating 160 minutes to back down on whether they were going to self-isolate having been pinged courtesy of the Health Secretary.

Even by the surreal standards of this Government, the screeching U-Turn was another embarrassing gaffe that’s further dented the reputation of politicians in the public eye.

Whilst I wouldn’t put anything past the hubris of Boris Johnson, the Chancellor appears to have at least some relationship with decency.

I can only assume that it wasn’t Rishi calling the shots.

When exactly was it that politicians stopped asking ‘what’s the right thing to do’ and started thinking ‘what can we get away with?’ On reflection, perhaps it’s me who’s out of step?

At last, the Labour Party has come-up with a credible and memorable policy – something to hang their hat on, so to speak.

The plans to award more contracts to British businesses will chime with readers old enough to remember the ‘Buy British’ campaign. It makes huge sense to award more government contracts to UK firms and it’s appalling that foreign firms dominate the short list of contracts to build HS2. The only proviso or condition should be that buying British does not become an excuse to buy shoddy or sub-standard goods which constitutes a false economy. But British manufactured goods supporting jobs in Britain is a no-brainer.

COVID PASSPORTS – A PRICE THAT’S NOT WORTH PAYING

Despite all of his protestations to the contrary and his supposed libertarian leanings, it seems that Boris Johnson is hell-bent on introducing Covid Passports (if he wins the parliamentary vote) and in so doing ignoring the advice and feedback from the industry.

It looks as if the government will start on large scale sporting events and nightclubs before working its way down the hospitality chain ending who knows where?

A licensee was reported in the paper saying that paying staff to verify Covid passports would cost close to £1,000/week – making his business unviable. Covid passports will put consumer-facing staff in unnecessary danger and provide potential flashpoints.

I think the big danger is that Covid Passports can very quickly become ID cards which many people in the country continue to oppose.

During the pandemic the government has taken on more powers and with that the ability to control our lives to a far greater degree than at any time in living memory. Even legislation isn’t properly scrutinised and the Labour Party is finding it extremely difficult to oppose. With the ordinary man and woman in the street having no effective way of voicing opposition, the government will only listen when the first court case is lodged for the contravention of human rights.