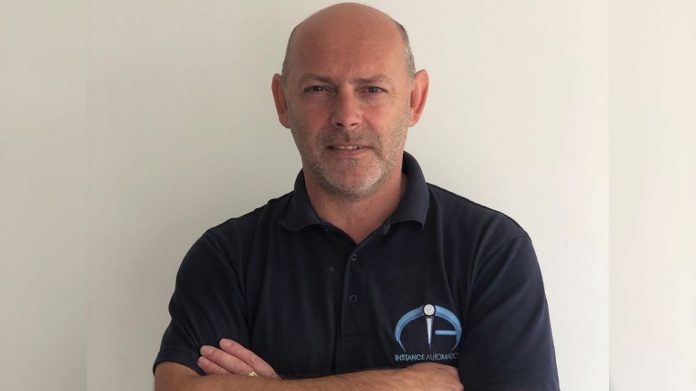 It’s far from a perfect storm, but the supply chain is certainly facing one. Increasing costs are on the way and that means a rise in vending machine product prices. That in turn will mean an increase in vend prices for consumers, and you get the picture. Ian Eason thinks more £2 coins will provide a viable solution – but that, it seems, is easier said than done.

It’s crunch time for the mechanical vending sector as the prospect of price hikes on vending products such as prize capsules, bouncy balls, loose sweets and crisps in tins are expected to increase in the coming months due the national shipping crisis. And that is a serious threat to suppliers who profit share on sales from mechanical vending machines in venues.

Instance Automatics owner Ian Eason has seen this threat coming for some time, so much so that he has written to the Royal Mint to explain the industry’s dilemma.

“I wanted to highlight the plight of vending machine operators in the UK at the moment,” he told Katie Bugler at Royal Mint. “It covers toys, snacks and sweets, mechanical vending and the dramatically rising costs of vending consumables.”

And this is all related to the national story that everyone knows about, but few want to keep hearing: “The exaggerated shipping costs and raw material costs going through the roof”.

Eason explained the far-reaching tentacles of this problem: “The costs of vending consumables are rising dramatically, pretty much all these guys operate machines that cannot be converted to contactless payment, so are stuck on selling the product for a £1 coin. Most operators are working on a profit share basis with the venue owner and have agreed a percentage of the profits. But as the costs rise – and they are expected to – the share will be reduced for suppliers. So we will have to see a rise in the price of the vended products or split the cost of the increase between supplier and operator.”

Eason’s short term solution has been to develop coin mechanisms that can accept two-£1 coins per vend. “But this is not the ideal situation,” he conceded, “it’s messy and difficult for kids especially to work out.”

The real solution, he argues, is to flood the market with £2 coins.

And it’s a model that has a precedent across the continent. Eason noted: “Throughout Europe, it appears that there are more 2 euro coins in circulation than 1 euros, thus they are able to weather the storm with a mechanism that accepts 1 x 2 euro coin. In the UK, there is a major lack of £2 coins and this is going to cause this industry a major problem.”

Unfortunately, Bugler wasn’t able to offer much to ease Eason’s worries. “£2 coins are issued into the cash system when orders are placed for them by the banks,” she explained. “Collectively, they have a target for how many they require in circulation, which is based on orders from their customers, such as retailers, and when that number drops they will order more from The Royal Mint.”

Which leaves us with price rises, profit shares imbalanced and a delay in product supply; the vending operator faces a predicament. It’s one the vending association has sympathy with. Talking to Coinslot this week, it recognised the issues of supply – which it was pleased to see had stabilised in recent weeks – but also noted the rapid switch towards contactless payments on vending machines. According to the AVLA, payments are already trending rapidly away from cash to between 60-70 percent in favour of contactless transactions now.

And that is a shift that Eason has already taken on board. Offering a chink of light at the end of this tunnel, Eason said that he was “working on something” with one of the manufacturers to find a solution and deliver more flexibility to payment process. It’s more medium term, proactive step.

But until then, we still have an imminent price rise issue for mechanical vending machines in pubs, leisure centres, shopping centres, arcades, FECs and amusement venues around the country and a marketplace grappling with the calculation of increased costs, reduced profit and, quite literally, no extra cash – in £2 coins a least – coming into the marketplace.

Are we talking about a vending machine problem in every kind of outlet? Motorway services, arcades, FECs…?

Pretty much. All capsule and toy vending stuff that’s mechanical and doesn’t need electric to work.

When did you start picking up on this issue?

I saw the issue before covid and now it’s much worse for everyone.

Is there an easy solution?

The easy solution would be to flood the market with £2 coins (in Europe the 2 euro coin is king). Once the coins are in people’s pockets, they will spend them.

What are the main products impacted?

What’s the cost of changing mechanisms?

There are 2 x £1 coin mechs in the marketplace for some machines, but it’s messy having to put 2 coins in. It needs to be a £2 coin.