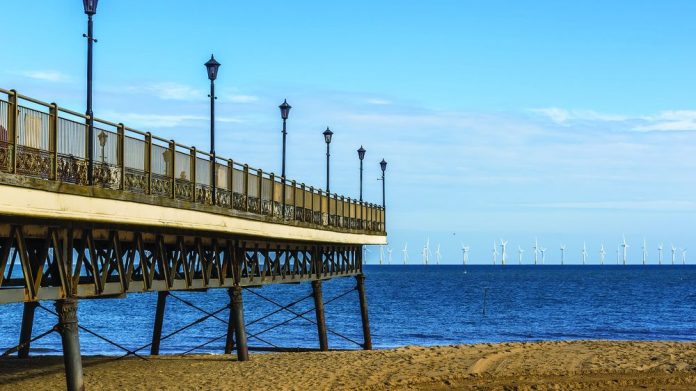 Mellors Group has announced ambitious plans to extend Skegness Pier by five times its current length, with public consultation open on what attractions could fill the extra 464m.

Mellors Group has unveiled ambitious new plans to extend Skegness Pier by five times its current length in order to restore the 118m pier to its original 1881 glory.

The proposals, announced just five months after the pier was purchased by the Fantasy Island operator, seek to reinstate 464m of the structure lost over 40 years ago.

“Losing so much of the pier to a storm in 1978 was a great shame, a great loss to the town and when we bought it earlier this year it was in the belief that it is our duty to maintain and try to improve it for future generations,” said operations director James Mellors.

“Our ambition to restore the pier to its original length – and more besides – can regenerate lost heritage infrastructure, enhance an existing cultural asset and provide new public amenity space, while creating new jobs and helping to attract more visitors to our favourite seaside town. We hope local stakeholders, local people and visitors will support us.”

In order to gauge local response, Mellors will host a month-long public exhibition at the pier from 26 July, outlining plans for the extension, as well as weekly drop-in Q&A sessions at the Playa at the Pier bar to answer questions from residents.

“We are really excited to get people’s thoughts on the extension and what type of attractions they want to see,” said Mellors finance director Claire Draper.

Announcing the plans on 16 July, James Mellors was joined by local MP and parliamentary under-secretary for DCMS Matt Warman, with the extension plans potentially eligible for government funding in line with the Chancellor’s “Levelling Up” agenda.

Mellors stated the proposals – which also include foreshore development – would create a number of high-skill jobs for local residents, as well as significantly boosting tourism, noting “for over a century, visitors have flocked to Skegness to enjoy the wide range of attractions on offer at the seaside pier.” For those unable to attend the public consultations, a dedicated website will also be launched for interested parties to pose questions and make suggestions.